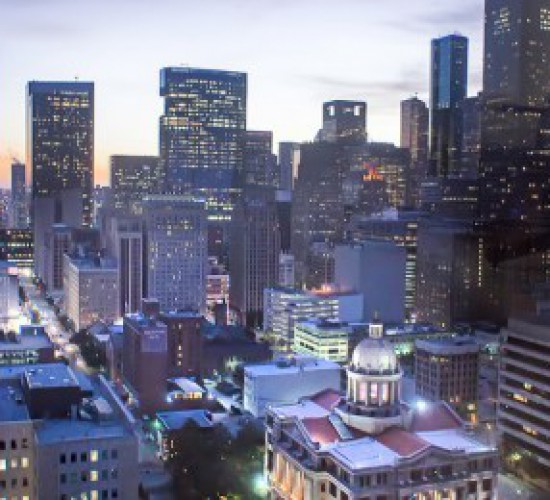 In a 2-1 decision, the Court of Appeals for the First District of Texas has refused to issue a writ of mandamusdirecting a lower court to vacate its order compelling arbitration.  In the case, In re Vantage Drilling Int’l, Vantage Deepwater Drilling, Inc., and Vantage Energy Services, Inc., No. 01-17-00592-CV (June 5, 2018), Vantage Drilling International and its affiliate companies (“Vantage”) hired a law firm, Martinez Partners, to represent the company in a Foreign Corrupt Practices Act investigation. As part of the engagement process, Vantage entered into an agreement to arbitrate its disputes with the law firm.  Later, Vantage ended the engagement and hired a new law firm.

Next, Martinez Partners filed a lawsuit against Vantage in Harris County seeking to recover unpaid legal fees.  Vantage responded to the lawsuit by filing several counterclaims against the firm.  The parties engaged in discovery, hearings, and other aspects of litigation for approximately eleven months before Martinez Partnersfiled a motion to compel the dispute to arbitration based on the firm’s engagement agreement with Vantage.  In response, Vantage argued arbitration was improper because Martinez Partners substantially invoked the judicial process by engaging in litigation for nearly one year.  The trial court granted the law firm’s motion, stayed litigation, and ordered the dispute to arbitration.  Vantage then filed a petition for a writ of mandamuswith the First Court of Appeals in Houston.

The appellate court first addressed the standard of review for issuing a writ of mandamus.  The First Districtsaid a petitioner must demonstrate “that the trial court clearly abused its discretion and that the relator has no adequate remedy by appeal.”  In addition, the court stated Texas case law heavily favors the denial of a petition for a writ of mandamus in arbitration cases because “standing alone, delay and expense generally do not render a final appeal inadequate,” and “the attorneys’ fees spent on the arbitration are generally recoverable.”

The strong federal presumption in favor of arbitration extends to cases involving a litigant’s alleged waiver of arbitration. The FAA “establishes that, as a matter of federal law, any doubts concerning the scope of arbitrable issues should be resolved in favor of arbitration, whether the problem at hand is the construction of the contract language itself or an allegation of waiver, delay, or a like defense to arbitrability.” Moses H. Cone Mem’l Hosp. v. Mercury Constr. Corp., 460 U.S. 1, 24–25 (1983) (emphasis added). The same preference for arbitration applies in waiver cases under the TGAA. See Ellis v. Schlimmer, 337 S.W.3d 860, 862 (Tex. 2011) (per curiam) (“Further, courts should resolve any doubts as to the agreement’s scope, waiver, and other issues unrelated to its validity in favor of arbitration.”); Cantella & Co. v. Goodwin, 924 S.W.2d 943, 944 (Tex. 1996) (per curiam) (“Federal and state law strongly favor arbitration. . . . Once a party seeking to compel arbitration establishes that an agreement exists under the FAA, and that the claims raised are within the agreement’s scope, the trial court has no discretion but to compel arbitration and stay its proceedings pending arbitration.” (internal quotation omitted)).

After that, the Houston court said “appellate standards for reviewing an order compelling arbitration are inherently different from those involved in interlocutory review of an order denying arbitration under either the FAA or the TGAA.”  The court added:

This dissimilarity is not an anomaly; it is a conscious choice. It is a result of the legislative preference for discouraging interlocutory review of orders compelling arbitration: “[The FAA’s] ban on interlocutory appeals of orders compelling arbitration was added by Congress in 1988 to prevent arbitration from bogging down in preliminary appeals. We have held that routine mandamus review of such orders in state court would frustrate this federal law.” Perry Homes, 258 S.W.3d at 586.

The legislative preference for arbitration makes access to mandamus relief more difficult in part because arbitration is represented to be a lower-cost, faster alternative to jury trials: “Because arbitration is intended to provide a lower-cost, expedited means to resolve disputes, mandamus proceedings will often, if not always, deprive the parties of an arbitration agreement’s intended benefits when a compel-and-stay order is at issue; accordingly, courts should be hesitant to intervene.” In re Poly-America, 262 S.W.3d at 347.

The First District then examined the facts of the case before it.  The appellate court dismissed Vantage’s arguments “that the case-specific benefits of interrupting or delaying the referral of this case to arbitration demonstrate that it has no adequate remedy by appeal,” the company would “spend more time and money to arbitrate the case instead of continuing to litigate,” the money and time “already spent in litigating would be wasted,” and “that Martinez Partners’ conduct is an impermissible tactical decision that prejudices Vantage and that the prejudice would be further compounded by waiting for a post-arbitration appeal.”

Given the heavy tilt in favor of arbitration that stems from the legislative priorities expressed in the FAA, the TGAA, and cases applying them, it appears that the detriments of disrupting the arbitration outweigh any benefits. See In re Gulf Expl., 289 S.W.3d at 842. We resolve any doubts in favor of arbitration by declining to issue mandamus overruling the trial court’s order compelling arbitration. See Moses H. Cone Mem’l Hosp., 460 U.S. at 24–25; Ellis, 337 S.W.3d at 862.

The court then distinguished the remaining case law on which Vantage relied before holding:

Vantage may challenge the referral to arbitration after the arbitration is completed as contemplated by both In re Gulf Exploration and Perry Homes. Because final appeal is adequate for Vantage, it is not entitled to mandamus relief.

Finally, the Court of Appeals for the First District of Texas denied Vantage’s petition for a writ of mandamus.