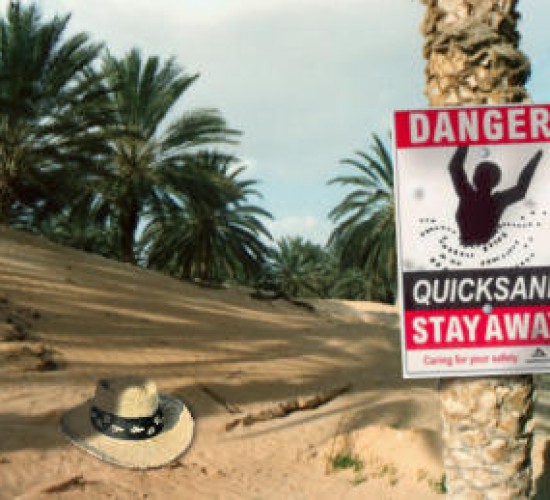 For a while now, it’s been dawning on psychologists – and the rest of us – that having more choices doesn’t seem to lead to more happiness. The paralysing horror that British people used to experience only as tourists ordering sandwiches in New York delis (wheat or rye? American or Swiss? Ranch or balsamic?) is now a routine aspect of any trip to Tesco. Do you want your toothpaste with cooling crystals, whitening gel or just a minty stripe? Barry Schwartz nailed the basic explanation in his 2004 book The Paradox Of Choice: more choice means more work, and also more opportunities to regret the road (or toothpaste) not taken. Guess what, though? It turns out the problem is worse than we thought.

The hunch that inspired a recent research paper, highlighted on Jonah Lehrer’s neuroscience blog, sounds mundane enough. “Our central premise,” write the authors, Aner Sela and Jonah Berger, “is that people use subjective experiences of difficulty when making a decision as a cue to how much further time and effort to spend.” But that unassuming sentence describes a vicious trap. Our brains, Sela and Berger suggest, habitually use a problem’s complexity as a yardstick for judging its importance. Since important decisions tend to be hard, we assume hard decisions must be important, and so we belabour them. Furthermore, this effect, which they measured in a series of experiments in which people were asked to book imaginary flights, is most pronounced when the complexity comes as a surprise – in other words, when people had been expecting a simple decision. Which adds the nasty twist that it’s precisely those unimportant-but-surprisingly-complex decisions, the Tesco dilemmas, that we get bogged down by the most. Hence the paper’s title: Decision Quicksand.

As Lehrer notes, marketers seem to be getting the message; in the US, the number of new toothpaste brands introduced to the shelves, for example, is actually falling steeply year by year. But the reverse-inference problem – imagining that a decision must be crucial just because it’s complex – reaches beyond the supermarket. The field of parenting advice seems especially prone to it. Clearly, there are a million combinations of techniques you could deploy for everything from how to respond to a newborn’s crying to what to feed your toddler to the type of books your six-year-old should be reading… but the existence of all those permutations doesn’t constitute evidence that it matters which ones you choose. (Childcare gurus with manuals to sell, of course, want you to pour time and money into such decisions, but there is good evidence that parenting style doesn’t matter much at all, provided you are, like so many consumers of complex parenting advice, at least moderately well-off.)

Intriguingly, the reverse effect seems to apply, too: another group of researchers found that when a big decision that “ought” to be tough proves more straightforward than expected, people will deliberately find ways to complicate it, just to feel like they put in the effort. The happy flipside of “metacognitive errors” such as these, though, is that just knowing they exist is half the battle. Next time you’re faced with some nightmarish choice between different paths, consider the possibility that the right answer might be “any of them”. The only wrong answer is to choose none of them and remain where you are, sinking ever deeper into the quicksand.

There is a good explanation for why people spend so much time even on unimportant decisions: they want to get it right. And they take pride in getting it right, regardless of how important or unimportant the decision. People take pride in their decisions and they want to get it right. We are diminished when we get it wrong. Getting it wrong, even when getting it right doesn’t matter much, means that we did not strive for perfection. Perfection is a worthy goal in and of itself. The importance of the decision is not the issue. We cannot be perfect with the big stuff if we are imperfect with the small stuff.

And sweating the small stuff does not hurt our well-being. Arriving at wrong decisions, even with things that may seem trivial, is far more detrimental in the long run.

There is an explanation for why people were taking time “to seek out fresh sources of information” for the “unimportant-but-challenging decisions.” We want to learn something new from every decision. When we spend time making a decision, it is not all about that particular decision. It is about learning something new from the facts surrounding every decision that we make.

The two solutions that the authors propose will not work. Setting artificial time limits on decision-making will not work because it is a time limit of our own making and there is no penalty for going beyond it. Only real time limits imposed on us from the outside can work. (An example would be a time limit imposed by your boss or a school bell.)

Nor would it work to take a “step back” to achieve a “global focus.” We cannot go outside ourselves. It sounds appealing theoretically, but suspending our normal mental functioning and analyzing our own thought processes is a mighty difficult thing to accomplish.
Tweet