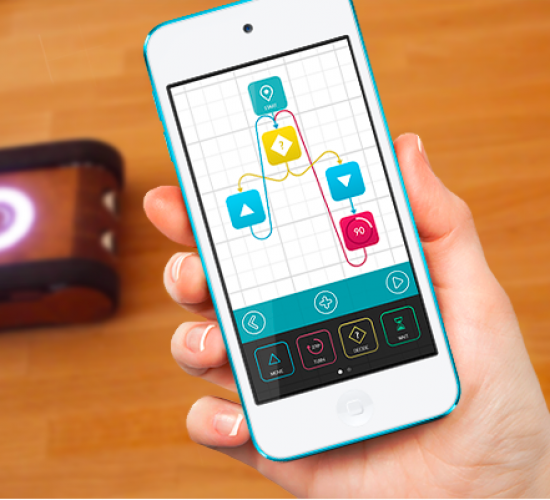 Say hello to yet another cute toy with a mission to lift dollars out of parents’ wallets get kids coding and grasping the basics of logical thinking. Codie is a programmable robot that’s controlled via an app, using a visual programming language simplified into draggable blocks to make it easy for kids to play with. Its target age group is 8- to 12-year-olds

The $150+ Codie bot takes the form of a wheeled vehicle that can perform a variety of actions and reactions, thanks to seven on-board sensors — including a temperature sensor, ultrasound distance sensor, light sensors, and a line tracking sensor — plus a buzzer, microphone and LED lights. The bot’s functions are designed to be configured via the companion iOS and Android apps, using a Bluetooth link between bot and app, so kids can make Codie move and respond to its environment.

The Hungarian team behind Codie, which is raising crowdfunds on Indiegogo to get their gizmo to market, is following in the connected footsteps of the likes of Robotiky, Primo, Play-i and Dynepod to name a few learn-to-code toys of recent years. There’s also the Kano DIY computer kit that lets kids put together their own computer and then use it to play games and learn how to tweak the code to get a sense for programming. (As a sign of the kind of critical mass this category is seeing, Amazon just launched a dedicated shop for STEM related toys.)