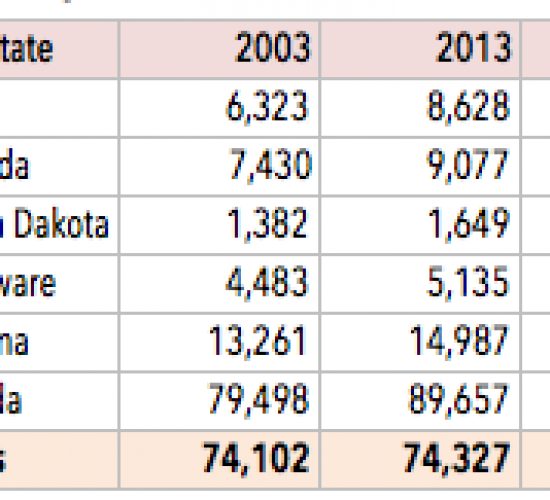 Recent numbers by the Bureau of Labor Statistics indicate that legal jobs for the private sector in Texas have remained flat over the past decade, despite the 21 percent growth of licensed attorneys the state’s private sector has seen from 2003 to 2013. Still, the Lone Star State’s legal market is better off than most of the nation, the numbers show.