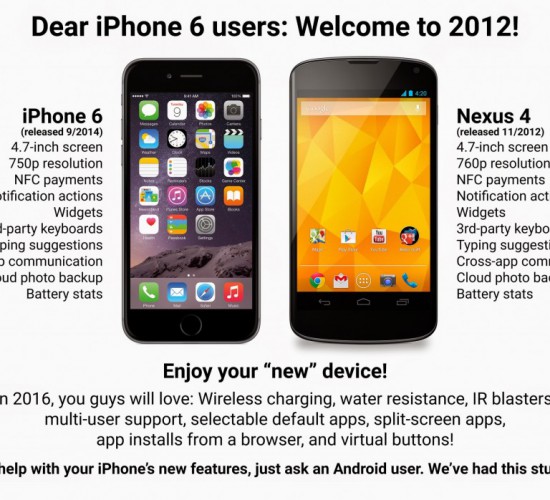 Ars Technica has Ron Amadeo. Ron’s pretty influential in the tech world. In fact, it’s Ron’s post that cause a lot of anger toward Moto 360 for its poor technical performance.

But Ron also has a “hater” side. Or at least he likes to “troll.” And so he gave us this picture to celebrate Apple’s new iPhone announcement.