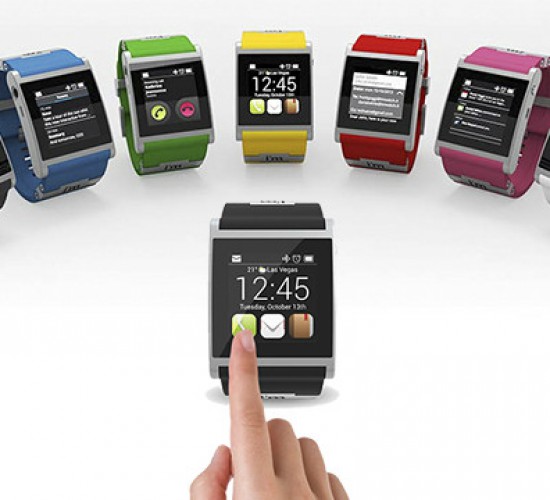 Apple released its much-anticipated smartwatch Tuesday, the first new device for the company since its founder Steve Jobs died in 2011.

Called Apple Watch, the device, besides telling time, will have broad applications, the company pledged. It will be able to unlock doors to hotel rooms at Starwood hotels next year. Users can check into airlines, get directions as well as accomplish some basic tasks that are familiar to smartphone users, such as send out tweets, reply to messages and answer and make phone calls. The price starts at $349; the watch will be available early next year.

The new watch which sports a flexible screen, a “digital dial” that allows users to access apps and a band that can be swapped out. The device, which has to link up to an iPhone to fully work, comes in two different sizes and several different finishes.

Apple also took aim at the increasingly vulnerable credit card system, integrating a mobile payment system called ApplePay into its new iPhones. The effort, which has been tried unsuccessfully by several tech companies in the past, allows a consumer to store their credit card information in their phones and swipe the phone at new payment machines that are expected to be installed in stores across the country.