Does the FAA Dictates the Supremacy of Arbitration Agreements? 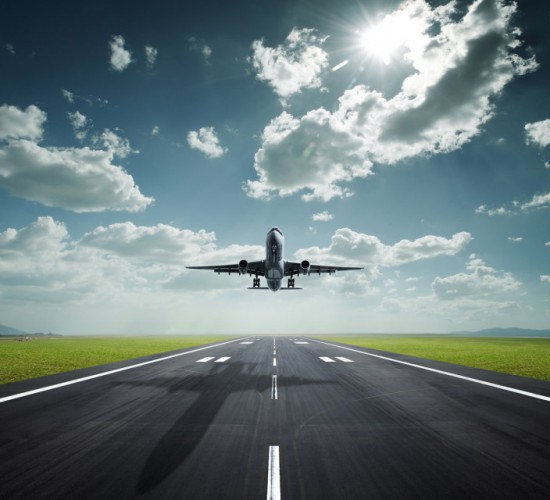 Alternative dispute resolution practitioners know that the Supreme Court long ago made it clear that state legislatures and courts may not interfere with the federal policy, as expressed in the Federal Arbitration Act (FAA), 9 U.S.C. § 1 et seq., favoring arbitration as a method of dispute resolution. Right? Yes and no. The Supreme Court has been quite clear—repeatedly—but the message continues to meet resistance. Once again, in the fall 2011 term, the Court had to repeat this message.

Plain Language of the FAA
Of the significant number of arbitration cases the Supreme Court has taken up in the last several years, a majority stemmed from the refusal of a lower court to enforce an arbitration agreement. The FAA’s language seems clear:

A written provision in any maritime transaction or a contract evidencing a transaction involving commerce to settle by arbitration a controversy thereafter arising out of such contract or transaction, or the refusal to perform the whole or any part thereof, or an agreement in writing to submit to arbitration an existing controversy arising out of such a contract, transaction, or refusal, shall be valid, irrevocable, and enforceable, save upon such grounds as exist at law or in equity for the revocation of any contract.

9 U.S.C. § 2. The Supreme Court has repeatedly said that this language means what it says: An arbitration clause in a contract is enforceable unless there are grounds to invalidate it that would be sufficient to revoke any contract. There are no other exceptions.

Important Cases in 2012
FAA Reaches Federal Statutes
A case handed down early in the 2011 term, CompuCredit v. Greenwood, 565 U.S. ___, 132 S.Ct. 665 (Jan. 10, 2012), stemmed from resistance to arbitrating claims under federal statutes providing a right to sue. The Supreme Court held that when a federal statute (in this case the Credit Repair Organization Act) provides for a private right of action and states that consumers’ rights cannot be waived, but does not mention arbitration, there is an insufficient expression of congressional intent to conclude that a pre-dispute arbitration agreement may be avoided. The Court determined that when Congress wishes to override the strong federal policy favoring arbitration, it does so explicitly.

FAA Reigns Supreme over State Public Policy
More recently, the U.S. Supreme Court unanimously vacated a state court’s decision that arbitration clauses are improper in personal-injury cases on the grounds that it contravened the FAA. See Marmet Health Care Center v. Brown, 565 U.S. ___, 132 S.Ct. 1201 (2012), in which the Court summarily reversed the West Virginia Supreme Court of Appeals (WVSCA) in a short per curiam decision on February 21, 2012.

The arbitration agreements at issue were contained in nursing-home admission agreements signed for patients who later died in the homes. Relatives sued the homes for negligence; the nursing homes then moved to compel arbitration. The WVSCA opined that the FAA did not preempt state public policy because

Congress did not intend for the FAA to be, in any way, applicable to personal injury or wrongful death suits that only collaterally derive from a written agreement that evidences a transaction affecting interstate commerce, particularly where the agreement involves a service that is a practical necessity for members of the public.

The U.S. Supreme Court did not take kindly to this disrespect for its precedents and reminded the WVSCA that “[w]hen this Court has fulfilled its duty to interpret federal law, a state court may not contradict or fail to implement the rule so established. See U.S. Const., Art. VI, cl. 2.” 132 S.Ct. at 1202. Nor did the Court appreciate the WVSCA making up the “personal injury from necessary services” exception to the FAA, noting that the “statute’s text includes no exception for personal-injury or wrongful-death claims” and courts must enforce the bargain of the parties. Id. at 1203. The Court remanded the case because not all issues had been fully explored below.

More State Court Defiance
On June 13, 2012, after additional briefing and argument from the parties, the WVSC shot back with an opinion much like the one the Supreme Court summarily reversed and again strongly suggesting that the arbitration agreements were unenforceable on grounds of unconscionability. Brown v. Genesis Healthcare Corp., ___ S.E.2d ___, 2012 WL 2196090 (W.Va. 2012) reached a result that will make proponents of arbitration doubly wince—instead of making a decision on unconscionability, it remanded the cases back to the circuit courts for “the taking of evidence, the full development of a record, and proper consideration of whether the clauses are unconscionable.” 2012 WL 2196090 at *___.

While acknowledging the Supreme Court’s decision, most of the opinion consists of the reasons a court would find an arbitration clause in a nursing-home admission agreement unconscionable. The cases have therefore gone back to the circuit courts for discovery on the issue of unconscionability, accompanied by an opinion that is a road map to finding unconscionability in these particular cases. These three cases were first sent to arbitration in 2009; it will be interesting to see if the Supreme Court is asked to review them again.

Kilgore was a putative class action on behalf of former students of a private helicopter-flight school who took out substantial private student loans. When the school ceased operation and filed for bankruptcy, the students’ borrowed money had been spent on tuition but the students did not have the certification needed to be pilots.

The promissory notes the students signed for their loans contained a conspicuous arbitration clause, which allowed them to opt out of the arbitration provision within 60 days of signing the note. The clause itself was in bold type and cautioned that the students were giving up their right to go to court or to bring a class action. Just above the signature line was a caution to read the entire note even if someone advised them not to do so.

The lawsuit did not seek monetary relief but instead asked for an injunction barring collection of the notes, reporting any default to any credit bureau, and engaging in false and deceptive practices. KeyBank moved to compel arbitration, but the motion was denied by the district court based on the Broughton-Cruz rule developed by the California courts inBroughton v. Cigna Healthplans of California, 988 P.2d 67 (Cal. 1999), and Cruz v. PacifiCare Health Systems, Inc., 66 P.3d 1157 (Cal. 2003). That rule prohibited arbitration of claims for public injunctive relief. The trial court made its decision to deny the motion to compel arbitration two years before the Supreme Court’s decision in AT&T Mobility LLC v. Concepcion, ___ U.S. ___, 131 S.Ct. 1740 (2011), in which it struck down a California rule prohibiting class-action waivers in arbitration agreements.

By the time the case came to the Ninth Circuit, Concepcion required it to reconsider theBroughton-Cruz rule. A pre-Concepcion panel had agreed with the rule. Davis v. O’Melveny & Myers, 485 F.3d 1066, 1082 (9th Cir.2007). The Kilgore court held that Daviswas no longer good law. Relying on Concepcion, the court reasoned that the Broughton-Cruz rule should no longer be applied because it specifically targeted arbitration agreements and thus constituted state interference with the FAA. The court acknowledged that there might be sound policy reasons to keep injunction proceedings impacting the public in the courts rather than in arbitration:

We are not blind to the concerns engendered by our holding today. It may be that enforcing arbitration agreements even when the plaintiff is requesting public injunctive relief will reduce the effectiveness of state laws like the UCL. It may be that FAA preemption in this case will run contrary to a state’s decision that arbitration is not as conducive to broad injunctive relief claims as the judicial forum. And it may be that state legislatures will find their purposes frustrated. These concerns, however, cannot justify departing from the appropriate preemption analysis as set forth by the Supreme Court in Concepcion.

Kilgore, 973 F.2d at 960–61. Holding that state legislative intent is irrelevant to a preemption analysis, the court added:

[T]he very nature of federal preemption requires that state law bend to conflicting federal law—no matter the purpose of the state law. It is not possible for a state legislature to avoid preemption simply because it intends to do so. The analysis of whether a particular statute precludes waiver of the right to a judicial forum—and thus whether that statutory claim falls outside the FAA’s reach—applies only tofederal, not state, statutes. On the several occasions that the Supreme Court has considered whether a statutory claim was unsuitable for arbitration, the claim at issue was a federal one. (Citations omitted.)

The California courts have authored many anti-arbitration decisions in the last several years, finding a host of reasons why an arbitration clause should not be enforced. It remains to be seen whether Concepcion and Kilgore have any impact on this trend.