What Did Wimbledon Teach Us About Genius? 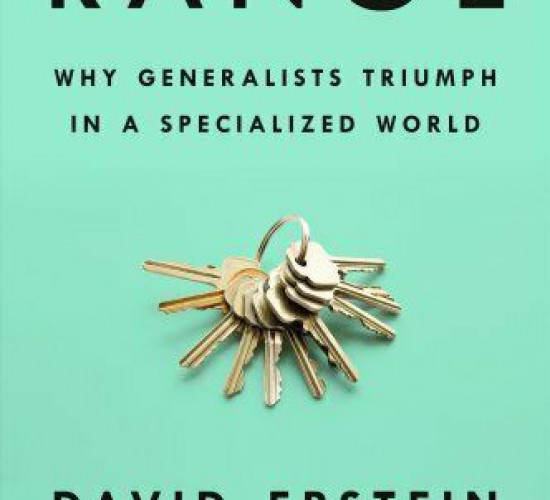 Sunday’s tennis championship at Wimbledon between Novak Djokovic and Roger Federer lasted nearly five hours, a record. It finished with a 12-12 tie in the final set, triggering a first-to-seven tie breaker. For tennis fans, it was an epic struggle between legends, in a storybook setting. The weather was perfect and the hats were divine. For readers of David Epstein’s new book Range: Why Generalists Triumph in a Specialized World, however, it was an academic nail biter, a test case in a simmering war between specialists and generalists.

Range argues that professional success in most fields is not primarily the product of intense specialization, but of generalization, of the cross-pollination of ideas and experiences. Range is an ode to late starters, like Vincent Van Gogh, who wandered Europe and failed at all kinds of things, including preaching, before changing the art of painting. It’s about the NASA scientists who failed to prevent the explosion of Challenger, because they couldn’t operate outside of the discipline of their training. It extols violinists who start late, and polymaths like Charles Darwin.

Epstein is also the author of The Sports Gene, about genetics and outcomes in athletics. Taken together, The Sports Gene and Range form something like a rebuttal to Malcolm Gladwell’s Outliers and the whole gospel of the 10,000 hours, which suggests that mastery can only be achieved through consistent, unwavering focus. (The two authors, in their own classic bout, actually spent a lecture arguing about generalization and specialization at a sports conference earlier this year. You can watch it here.) Range, like Outliers, is a book about ideas and success and brilliance, and they both rely on zillions of academic studies.

And it’s about sports, of course, our most measured form of success, with a stop on the tennis court. The book opens with a story about Roger Federer, who is described as the antithesis of Tiger Woods. (Epstein says he titled his book proposal Tiger vs Roger.) Tiger Woods played nothing but golf, starting at around two years old. Federer, Epstein writes, was raised on a variety of sports. His mother specifically discouraged him from specializing in tennis. He was steered away from playing more competitive matches so he could hang out with his friends. His mother often didn’t even watch him play.

Increasingly, writes Epstein, research about sports in particular and many fields in general is finding that early specialization more often leads to burnout and skill mismatches than success. The better path, statistically, is early and wide “sampling.” It matches people to the best skills. It allows disciplines to inform one another. The numbers suggest this is true for most professional athletes, and, of course, we all want it to be true. Specialization is grueling, relentless, and not really that charming.

Novak Djokovic won. Beat Federer at the end of five hours by one point.