Trial by Jury: Why it Works and Why it Matters 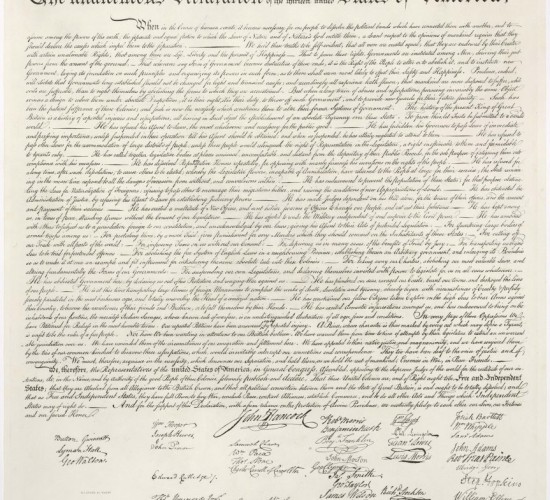 Our Founders were also unabashed believers in the right to trial by jury.1  In fact, trial by jury was guaranteed by every colony even before the Constitution and Bill of Rights were adopted.2  England’s subversion of this right was a principal criticism of the English system in the colonies.  Among other things, the British began to enforce their unpopular and excessive colonial taxes through courts of equity to avoid the scrutiny of colonial juries.3  And they sought to exert control over colonial judges and their decision-making by handing control of judicial salaries to the Crown rather than the colonial legislatures.4  These practices were expressly listed among the “long train of abuses” committed by the sovereign in the Declaration of Independence.5  The Constitution’s silence on the right to trial by jury in civil cases triggered calls for a bill of rights:  “[T]he entire issue of the absence of a bill of rights [from the Constitution] was precipitated at the Philadelphia Convention by an objection that the document under consideration lacked a specific guarantee of a jury trial in civil cases.”6  When the call for a bill of rights was answered, no fewer than three amendments—the Fifth, the Sixth, and the Seventh—addressed the right to trial by jury.7  And, two more limited the power of judges, but not juries, in deciding certain issues.8

Trial by jury played such an important role in debates on independence and ratification because, as Chief Justice Rehnquist wrote, “[t]he [F]ounders of our Nation considered the right of trial by jury in civil cases an important bulwark against tyranny and corruption, a safeguard too precious to be left to the whim of the sovereign, or, it might be added, to that of the judiciary.”9  Thomas Jefferson referred to trial by jury as “the only anchor, ever yet imagined by man, by which a government can be held to the principles of it’s [sic] constitution.”10  And James Madison called trial by jury in civil cases “as essential to secur[ing] the liberty of the people as any one of the pre-existent rights of nature.”11

As the Founders understood, the right to trial by jury operates to check any temptation the judiciary might have to bend to the will of either the majority or the sovereign—rather than the law.12  In turn, it operates to resist any temptation by the other branches of government to similarly disregard the law for their own ends.13