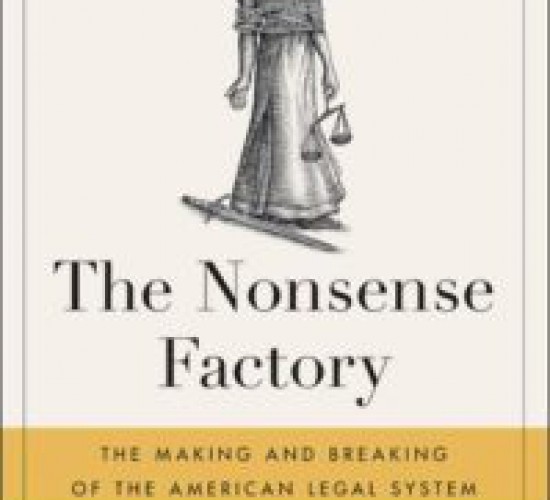 Novelist Raymond Chandler once said, “The law isn’t justice. It’s a very imperfect mechanism. If you press exactly the right buttons and are also lucky, justice may show up in the answer.” A new book by Bruce Cannon Gibney, a litigator turned venture capitalist, gives credence to that idea. The Nonsense Factory: The Making and Breaking of the American Legal System looks at how jurisprudence has decayed over the last 70 years as laws have become needlessly complex, clouded by politics and influenced by money. Gibney, an early investor in PayPal and other tech companies, also wrote a book critical of baby boomers, A Generation of Sociopaths. He spoke on the Knowledge@Wharton radio show on SiriusXMabout the dysfunction in the American legal system and how it hurts businesses, consumers and the “average Joe.” (Listen to the podcast at the top of this page.)

An edited transcript of the conversation follows.