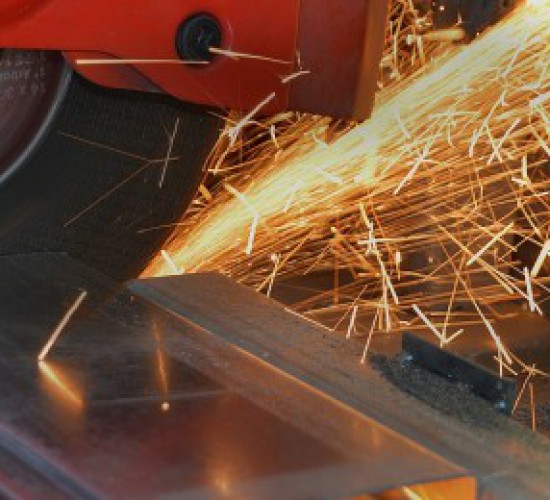 The United States Court of Appeals for the Fifth Circuit has ordered a Texas federal court to allow a law firm to intervene in a case over a contingency fee dispute with a client following arbitration proceedings.  In Adam Joseph Resources, et al. v. CNA Metals Limited, No. 17-20685 (5th Cir., March 26, 2019), a Houston law firm, Brown Sims, represented a client, Adam Joseph Resources (“AJR”), on a contingency fee basis against CNAMetals (“CNA”).  The lawsuit was filed in the Southern District of Texas and later ordered to arbitration under the Convention on the Recognition and Enforcement of Foreign Arbitral Awards (“Convention”).  Following lengthy arbitration proceedings, an arbitrator issued an award of approximately $503,000 in favor of AJR.

Next, CNA filed a Rule 60(b)(5) motion to set aside the court’s final judgment.  It was at this time Brown Sims first learned of the parties’ later executed settlement agreement.  Brown Sims responded to CNA’s motion by filing a Rule 60(b)(6) motion for relief from judgment.  The law firm also filed and later withdrew a Rule 24motion to intervene in the lawsuit.

The Southern District of Texas denied the law firm’s Rule 60 motion for lack of subject matter jurisdiction and vacated its earlier judgment confirming the arbitration award.  The court also dismissed the case as moot because “there was no active case or controversy.”  After that, Brown Sims renewed its Rule 24 motion to intervene.  Once again, the district court denied the law firm’s motion for lack of subject matter jurisdiction.  Brown Sims then filed an appeal with the United States Court of Appeals for the Fifth Circuit.

On appeal, Brown Sims argued the Southern District of Texas committed error when it determined the court lacked subject matter jurisdiction to consider the law firm’s claims against CNA.  In addition:

The appellate court first considered “the court’s holding that it did not possess subject matter jurisdiction to consider Brown Sims’s claim against CNA.”  The Fifth Circuit stated “[t]he question is whether the ancillary claim of Brown Sims against CNA also falls under the jurisdiction of the Convention or if it must depend upon some other source of jurisdiction.”  According to the court:

There may well be ancillary issues arising in other cases that do not “relate to” the arbitral proceeding. Brown Sims’s claim is not such a case. Its claimed interest in the arbitral award for services rendered in obtaining the award plainly “relates to” the award. Cf. Acosta, 452 F.3d at 377 (“It is unarguable that the subject matter of the litigation has some connection, has some relation, has some reference to the arbitration clauses here.”). To the point, Brown Sims’s claim may or may not fail on the merits, but Stemcor demonstrates that the Convention confers jurisdiction for addressing and resolving Brown Sims’s claim.

Next, the Court of Appeals considered the law firm’s motion to intervene of right. After determining a live case or controversy existed at the time Brown Sims filed its Rule 24 motion, the court stated:

To be entitled to intervene as of right, Brown Sims must demonstrate that (1) it timely applied; (2) it has an interest relating to the property or transaction that is the subject of the case; (3) disposition of the case may practically impair or impede its ability to protect its interest; and (4) it is inadequately represented by the existing parties. Fed. R. Civ. P. 24(a); Sierra Club v. Espy, 18 F.3d 1202, 1204–05 (5th Cir. 1994).

The appellate court then held Brown Sims met the timeliness factor before moving on to the remaining legal requirements.  The court said:

Our consideration of these requirements is controlled by Gaines v. Dixie Carriers, Inc., in which we held that a law firm that had been discharged by its client must be allowed to intervene as of right in a suit to protect its contingent fee interest in any recovery by its former client. 434 F.2d 52 (5th Cir. 1970). In that case Mr. Gaines signed a contingent fee contract with a law firm and, after the firm “allegedly spent considerable time working on” his claim, proceeded to discharge the firm without cause. Id. at 53. While the litigation was pending, the firm filed a motion to intervene in the underlying action to protect its contingent fee interest in any potential recovery. The court held that “the appellant law firm here claimed an interest in the action . . . and is so situated that the final disposition of the action may as a practical matter impair or impede its ability to protect that interest. Neither of the existing parties is concerned with protecting the appellant’s interest.” Id. at 54.

The Fifth Circuit next stated “an attorney’s contingent fee is a sufficient ‘interest relating to the property or transaction that is the subject of the action’ for purposes of intervention.” In addition, the court said “we are easily persuaded that the disposition of this matter would impair or impede Brown Sims’s ability to protect its interest.”  The appellate court also determined “it is clear that the existing parties to the lawsuit will not adequately represent Brown Sims’s interest in its contingent fee.”

With regard to the law firm’s right to intervene, the Fifth Circuit concluded:

Therefore, on the record before us and the undisputed facts, it is unmistakable that Brown Sims has met all of Rule 24’s criterion for intervention as of right. The district court need not concern itself further with this issue and, on remand, should grant Brown Sims’s Rule 24 motion.

After that, the appellate court addressed the lower court’s decision regarding the two competing Rule 60(b) motions:

To refresh the reader: we review “a district court’s interpretation of a federal rule of civil procedure . . . de novo” but “a district court’s application of the Rule only for abuse of discretion.” Lowry Dev., L.L.C. v. Groves & Assocs. Ins., Inc., 690 F.3d 382, 385 (5th Cir. 2012). A court “abuses its discretion if it bases its decision on an erroneous view of the law or on a clearly erroneous assessment of the evidence.” Hall v. Louisiana, 884 F.3d 546, 549 (5th Cir. 2018). As set out above, the same error of law—finding a lack of subject matter jurisdiction—underlying the district court’s denial of Brown Sims’s motion to intervene also motivated the denial of Brown Sims’s Rule 60(b)(6) motion (seeking to protect its contingent fee interest in the arbitral award) and the grant of CNA’s Rule 60(b)(5) motion (seeking to set aside the arbitral award as settled). Contrary to Brown Sims’s assertion, however, it would not be proper for this court to render a judgment in its favor. The proceedings below focused almost exclusively on jurisdiction and the district court has not had an opportunity to fully examine the factual issues of this dispute and, if appropriate, fashion a practical remedy. The district court must yet consider whether Brown Sims had a viable and legal interest in the award and, if so, whether CNA is liable to Brown Sims for its claimed interest in the award. Therefore, we vacate the district court’s grant of Brown Sims’s Rule 60(b)(6) motion and denial of CNA’s Rule 60(b)(5) motion and remand for consideration on the merits.

Finally, the United States Court of Appeals for the Fifth Circuit summarized its holding before issuing its order: