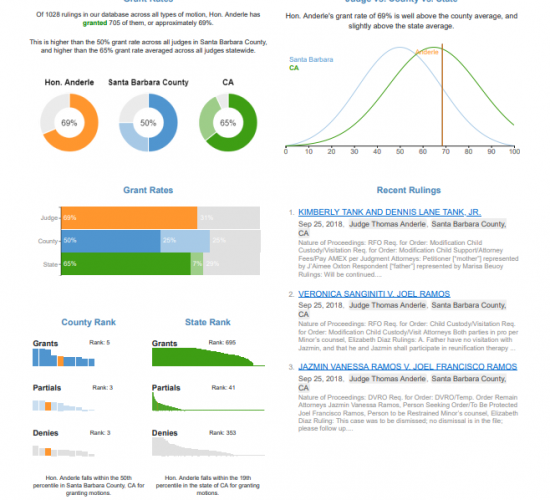 In a December column at Above the Law, I wrote about the growing market of legal technology tools devoted to litigation analytics, describing it as tech that can turn the tables in litigation. Now today comes a new entrant to that market, Trellis Research, a judicial analytics platform that claims to have the most-comprehensive database of California court records and that is launching with $2 million in seed funding.

Trellis describes itself as a “decision engine” for attorneys, enabling them to make strategic decisions about litigation matters backed by hard-and-fast data. It says it has over 5.3 million California superior court documents and dockets covering 39 of the state’s 58 counties, including all the major courts. It plans to add New York courts later this year and then expand to states such as Texas, Florida, Delaware and Illinois.