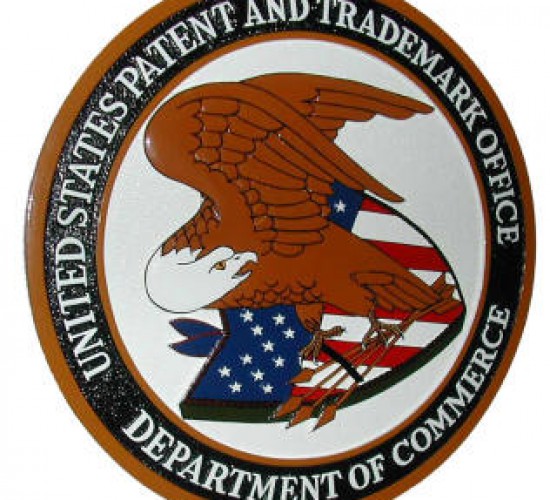 Since the Leahy–Smith America Invents Act (“AIA”) became effective in 2012, Inter Partes Review (“IPR”) has been a popular legal option for challenging patent validity. Any party, other than the patent owner, can petition for the Patent Trial and Appeal Board (“PTAB”) to institute an IPR. In an IPR proceeding, the PTAB determines the validity of a patent after holding a hearing between the patent owner and challenger. The PTAB is required to institute an IPR proceeding within six months of a petition and make a final determination no more than 18 months after institution. The quick time frame and ability to avoid the massive expense of trial have made IPRproceedings immensely popular for parties challenging the validity of a patent.

For patent owners, however, IPR proceedings represent a new threat to their patent rights. Over 80 percent of IPR proceedings have invalidated at least one claim of the patent-at-issue. Licensees in particular pose a threat, because licensees commonly have the most incentive and knowledge to challenge the validity of the licensed patent. Therefore, patent owners will likely attempt to prevent licensees from petitioning for IPR using arbitration agreements.

Whether an arbitration agreement may waive a party’s right to petition for IPR is an open question. This issue is discussed in depth in Luke Budiardjo’s recent Note titled “The Effect of Arbitration Agreements on the America Invents Act’s Inter Partes Review Procedure,” 118 Colum. L. Rev. 83 (2018).

Budiardjo confirms that no court has directly addressed whether an arbitration agreement may be enforced to prevent a party from instituting IPR proceedings. When courts do resolve this issue, they will need to balance two competing policies. First, the strong policy of enforcing arbitration agreements:

For the past three decades, the U.S. legal system has welcomed the resolution of patent issue disputes through arbitration as an alternative to court litigation. The embrace of patent arbitration in the United States falls in line with a general trend toward adoption of arbitral dispute resolution in all areas of U.S. law­­—described by the Supreme Court as an “emphatic federal policy in favor of arbitral dispute resolution.” The benefits of arbitration­—the ability to customize and design the procedure before disputes occur, the limited avenues for appeal, and the ability to select an experienced fact-finder to resolve the dispute—are uniquely well suited for patent disputes, which can be very costly, time-consuming, and risky to resolve in court.­­

On the other hand, Congress passed the AIA with the intention of creating an easier pathway to invalidate improperly granted patents. Allowing arbitration to prevent parties from petitioning for IPR could frustrate Congress’s intent.

Despite the strong preference of arbitrability, it is unsettled whether an arbitration provision can be used prevent a party from seeking administrative relief:

[A] party bound by an arbitration agreement is nonetheless still able to submit complaints and request investigation by an administrative agency, as long as the administrative procedures utilized follow a complaint­­­–investigation structure, under which the party submitting the complaint has little to no involvement in the investigation (after the initial petition).

Given the adversarial nature of IPR, Budiardjo states it is unclear whether courts will apply Gilmer and Farrel or will instead hold that an arbitration agreement may serve as a waiver of the right to petition for IPR:

[A] court could view the characteristically oppositional, participatory nature of the post-issuance proceedings as an indication that Congress intended for the procedures to be, primarily, a means for the resolution of disputes. Such a finding would bolster the argument that, because IPR is a dispute resolution mechanism that provides an alternative to district court litigation, an arbitration agreement should have the same force in an IPR petition as it would in district court. However, this conclusion may risk the frustration of another crucial motivation behind the IPR statute: to “protect the public’s paramount interest in seeing that patent monopolies . . . are kept within their legitimate scope.” By preventing licensees from petitioning for IPR on the basis of arbitration agreements, this conclusion may prevent the use of IPR procedures by the parties most likely and most motivated to take advantage of them.

It is also important to note that even if arbitration agreements can be enforced to prevent a contracting party from petitioning for IPR, any other party, except for the patent owner, may still petition for IPR. According to Budiardjo, the scope of which parties would be estopped from bringing an IPR petition based on an arbitration agreement could be quite narrow:

[I]t remains possible for a related party (for example, an investor, an industry group, or a trade association) to petition for an IPR to challenge the validity of the patent in question, as long as the petitioner does not do so in response to a specific request from the party bound by the arbitration clause.

For owners seeking to protect their patents, an arbitration agreement may be able to prevent licensees from challenging the validity of a patent through IPR. If courts ultimately hold that arbitration agreements can be used in such a way, the benefit to patent owners is clear: the party with the most incentive to challenge a patent and the most knowledge to successfully do so would be contractually barred from utilizing IPR. Still, patent owners must consider the possibility that arbitration agreements may not be enforced to prevent a licensee from petitioning for IPR until the issue is settled in the courts.

Even if courts conclude that an arbitration clause cannot be utilized to prevent licensees from petitioning for IPR, arbitration is still a useful tool to consider when deciding how to resolve patent disputes.  Arbitration is often significantly cheaper and faster than litigation. Additionally, arbitration allows the parties to jointly select a decision-maker with technical expertise in the subject matter of the dispute. Furthermore, arbitration offers a much greater degree of finality than litigation because there is no right to appeal and an award may only be reviewed by the courts on narrowly limited grounds. For many patent owners, this level finality can be vital. Lastly, arbitration is typically confidential, allowing sensitive information regarding intellectual property rights to be protected.