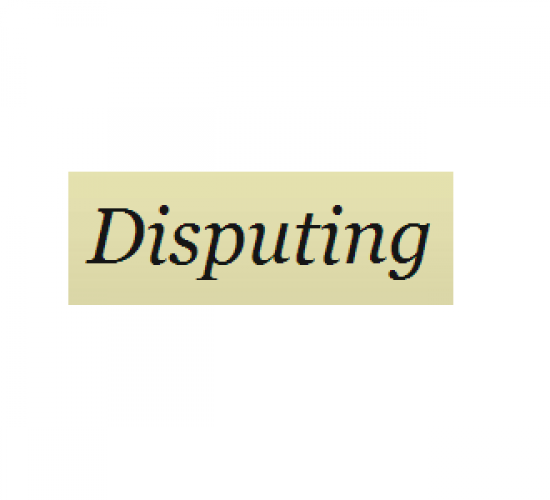 The Supreme Court of the United States has issued an opinion stating a court must decide whether one of the exemptions included in Section 1 of the Federal Arbitration Act (“FAA”) applies to a case prior to ordering the dispute to arbitration even if a valid delegation clause exists.  In New Prime Inc. v. Oliveira, No. 17-340 (January 15, 2019), a truck driver, Oliveira, signed an Independent Contractor Operating Agreement that contained a mandatory arbitration clause prior to beginning work for interstate trucking company New Prime Inc.  Later, Oliveira filed a proposed class action lawsuit in a Massachusetts federal court accusing the trucking company of violating the Fair Labor Standards Act and other laws.  In response to Oliveira’s lawsuit, New Prime filed a motion to compel the dispute to arbitration based on the terms of the signed Independent Contractor Operating Agreement.

The trial court ruled that whether the exemption regarding “contracts of employment” included in Section 1 of the FAA applied to the case at hand was a question for the courts to decide despite that the parties’ agreement to arbitrate included a delegation clause.  In addition, the court determined further discovery was necessary in order to answer that question.  As a result, the trial court denied New Prime’s motion to compel arbitration and ordered that discovery be conducted regarding the issue of Oliveira’s employment status under Section 1.

On appeal, the First Circuit Court of Appeals affirmed the trial court’s decision and dismissed the case for lack of jurisdiction.  After that, New Prime filed a petition for certiorari with the U.S. Supreme Court.  Last February, the nation’s highest court granted New Prime’s petition and the Justices heard oral argument in the case on October 3rd.  On Tuesday, the Supreme Court issued an opinion in which seven Justices joined, one concurred, and one took no part.

The questions presented in the case included:

With regard to question one, the high court stated a court’s authority to compel arbitration is not unlimited even in situations where the parties agree to arbitrate their claims:

In approaching the first question for ourselves, one thing becomes clear immediately. While a court’s authority under the Arbitration Act to compel arbitration may be considerable, it isn’t unconditional. If two parties agree to arbitrate future disputes between them and one side later seeks to evade the deal, §§3 and 4 of the Act often require a court to stay litigation and compel arbitration “accord[ing to] the terms” of the parties’ agreement. But this authority doesn’t extend to all private contracts, no matter how emphatically they may express a preference for arbitration.

Instead, antecedent statutory provisions limit the scope of the court’s powers under §§3 and 4. Section 2 provides that the Act applies only when the parties’ agreement to arbitrate is set forth as a “written provision in any maritime transaction or a contract evidencing a transaction involving commerce.” And §1 helps define §2’s terms. Most relevant for our purposes, §1 warns that “nothing” in the Act “shall apply” to “contracts of employment of seamen, railroad employees, or any other class of workers engaged in foreign or interstate commerce.” Why this very particular qualification? By the time it adopted the Arbitration Act in 1925, Congress had already prescribed alternative employment dispute resolution regimes for many transportation workers. And it seems Congress “did not wish to unsettle” those arrangements in favor of whatever arbitration procedures the parties’ private contracts might happen to contemplate. Circuit City Stores, Inc. v. Adams, 532 U. S. 105, 121 (2001).

Given the statute’s terms and sequencing, we agree with the First Circuit that a court should decide for itself whether §1’s “contracts of employment” exclusion applies before ordering arbitration. After all, to invoke its statutory powers under §§3 and 4 to stay litigation and compel arbitration according to a contract’s terms, a court must first know whether the contract itself falls within or beyond the boundaries of §§1 and 2. The parties’ private agreement may be crystal clear and require arbitration of every question under the sun, but that does not necessarily mean the Act authorizes a court to stay litigation and send the parties to an arbitral forum.

In addition, the Supreme Court added:

. . . A delegation clause is merely a specialized type of arbitration agreement, and the Act “operates on this additional arbitration agreement just as it does on any other.” Id., at 70. So a court may use §§3 and 4 to enforce a delegation clause only if the clause appears in a “written provision in . . . a contract evidencing a transaction involving commerce” consistent with §2. And only if the contract in which the clause appears doesn’t trigger §1’s “contracts of employment” exception. In exactly the same way, the Act’s severability principle applies only if the parties’ arbitration agreement appears in a contract that falls within the field §§1 and 2 describe. We acknowledged as much some time ago, explaining that, before invoking the severability principle, a court should “determine[] that the contract in question is within the coverage of the Arbitration Act.” Prima Paint Corp. v. Flood & Conklin Mfg. Co., 388 U. S. 395, 402 (1967).

After that, the nation’s highest court addressed the second question presented:

In taking up this question, we bear an important caution in mind. “[I]t’s a ‘fundamental canon of statutory construction’ that words generally should be ‘interpreted as taking their ordinary . . . meaning . . . at the time Congress enacted the statute.’” Wisconsin Central Ltd. v. United States, 585 U. S. ___, ___ (2018) (slip op., at 9) (quoting Perrin v. United States, 444 U. S. 37, 42 (1979)). See also Sandifer v. United States Steel Corp., 571 U. S. 220, 227 (2014). After all, if judges could freely invest old statutory terms with new meanings, we would risk amending legislation outside the “single, finely wrought and exhaustively considered, procedure” the Constitution commands. INS v. Chadha, 462 U. S. 919, 951 (1983). We would risk, too, upsetting reliance interests in the settled meaning of a statute. Cf. 2B N. Singer & J. Singer, Sutherland on Statutes and Statutory Construction §56A:3 (rev. 7th ed. 2012). Of course, statutes may sometimes refer to an external source of law and fairly warn readers that they must abide that external source of law, later amendments and modifications included. Id., §51:8 (discussing the reference canon). But nothing like that exists here. Nor has anyone suggested any other appropriate reason that might allow us to depart from the original meaning of the statute at hand.

That, we think, holds the key to the case. To many lawyerly ears today, the term “contracts of employment” might call to mind only agreements between employers and employees (or what the common law sometimes called masters and servants). Suggestively, at least one recently published law dictionary defines the word “employment” to mean “the relationship between master and servant.” Black’s Law Dictionary 641 (10th ed. 2014). But this modern intuition isn’t easily squared with evidence of the term’s meaning at the time of the Act’s adoption in 1925. At that time, a “contract of employment” usually meant nothing more than an agreement to perform work. As a result, most people then would have understood §1 to exclude not only agreements between employers and employees but also agreements that require independent contractors to perform work.

When Congress enacted the Arbitration Act in 1925, the term “contracts of employment” referred to agreements to perform work. No less than those who came before him, Mr. Oliveira is entitled to the benefit of that same understanding today. Accordingly, his agreement with New Prime falls within §1’s exception, the court of appeals was correct that it lacked authority under the Act to order arbitration, and the judgment is Affirmed.

You may read the entire New Prime Inc. v. Oliveira opinion on the Supreme Court’s website.