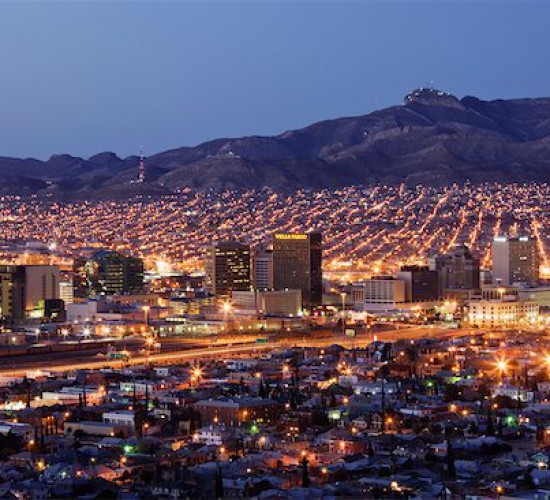 The Eighth District Court of Appeals in El Paso has affirmed a trial court’s order denying arbitration in a discrimination and retaliation lawsuit.  In Alorica v. Tovar, No. 08-18-00008-CV (Tex. App. – El Paso, November 26, 2018), a woman, Tovar, filed a lawsuit against her former employer, Alorica, claiming the company illegally committed disability discrimination and also retaliated against her for pursuing workers’ compensation claims.  In response, Alorica filed a motion to compel the dispute to arbitration.

The trial court ultimately determined Tovar’s evidence regarding her knowledge of the arbitration agreementwas more credible than that provided by Alorica.  Because of this, the trial court denied Alorica’s motion to compel arbitration.  Alorica then filed an interlocutory appeal with the Eighth District Court of Appeals in El Paso.

On appeal, Alorica asked the El Paso court to rule the company’s evidence was more credible as a matter of law and overturn the trial court’s order denying arbitration.  Citing the appellate court’s own 2016 decision in Kmart Stores of Texas, L.L.C. v. Ramirez, the Court of Appeals stated the “trial court’s decision rested on legally sufficient evidence.”

At first blush, the similarities between this case and Kmart are striking. Both cases involve an employee’s sworn denial of notice or login and an employer’s proffer of electronic records seeming to indicate otherwise. Alorica attempts to distinguish Kmart in several ways, none of which we find persuasive. First, Alorica argues that the quality of evidence in this case is different because Kmart involved an employee giving live testimony that was contravened by an affidavit from a human resources professional, whereas here, Alorica offered live testimony from its in-house I.T. professional that it contends was clear, direct, and positive and rebutted Tovar’s live sworn denial of notice as a matter of law. But the dispositive issue in Kmart did not necessarily hinge on live testimony-versus-affidavit; we simply held that the employer-witness’s testimony vouching for electronic records raised more than a scintilla of evidence of notice, and that the employee-witness’s sworn denial of notice raised more than a scintilla of evidence of no notice, thereby creating a fact issue on contract formation that was ripe for trial court resolution either way. Kmart Stores of Tex., 510 S.W.3d at 570-71 (holding in light of conflicting evidence that neither side could establish its position as a matter of law and deferring to the trial court’s credibility and demeanor assessments). Here, we have the same type of conflicting evidence as we did in Kmart. The distinction in the form with respect to how the evidence is presented is not material.

Second, Alorica maintains that Thadisetti “testified at length” about the security measures used by Alorica’s I.T. department. However, it is not clear from Alorica’s briefing how Alorica’s I.T. security set-up differed at all from the one employed in Kmart. Alorica does point out that Thadisetti testified that in order to access EIS, a user would have to use an Alorica computer and thereby pass through two log-in hurdles: first, the user must be logged in to a computer on Alorica’s network generally, which requires a unique domain-level user-ID/password combination (log-in point #1); and second, the user must also specifically access the EIS portal using a second, unique user-ID/password combination (log-in point #2). Alorica seems to distinguish Kmart, which turned on the use of one set of log-in credential to access an online portal, by arguing that in this case, an employee needed to use two sets of log-in credentials—domain-level credentials and portal-level credentials—to access an online portal, meaning that the security procedures that Alorica implemented were more stringent than those in Kmart.

The court continued by stating:

We express no opinion on whether the use of two-factor authentication is necessary or sufficient to defeat an employee’s sworn lack-of-notice claim as a matter of law because there is no legally sufficient evidence showing that two-factor authentication actually occurred in this case. As we understand it, two-factor authentication is conditional, and while Thadisetti testified that EIS could only be accessed on an Alorica network, he never testified that the use of a unique userID/password combination to access the EIS portal at the second log-in point was conditioned on the correct entry of another unique user-ID/password combination granting a specific user access to an Alorica computer at the first log-in point. In other words, there is no evidence that the unique log-in credentials needed to access a computer connected to Alorica’s network as “Mary Tovar” for general purposes needed to be entered before the second set of unique log-in credentials granting the user access to the EIS portal as “Mary Tovar” would be accepted. There is no testimony that the two sets of log-in credential are used conjunctively and sequentially. As such, we cannot pass on the question of two-factor authentication.

Nevertheless, there is evidence that during an active session initiated with Mary Tovar’s login credentials, the EIS portal was accessed using another set of Mary Tovar’s login credentials. However, Mary Tovar made several sworn denials of ever receiving notice of the agreement or clicking to agree with an arbitration agreement in a trial court. Alorica insists that in order for a court to credit Tovar’s “self-serving” testimony over Thadisetti’s testimony, Tovar must also explain how it was that her login credentials could have been used by someone else. That is not currently required under Texas law. We declined to adopt that extra requirement in Kmart, and we will not impose that requirement today. Whether the employee’s sworn denial is credible in light of the circumstances is a question for the trial court, not this Court. As we noted in Kmart, a sworn denial has traditionally been sufficient to create a fact issue triggering a Tipps hearing as to whether an apparently valid signature acknowledging receipt of an arbitration agreement has been forged in the paper context. Kmart Stores of Tex., 510 S.W.3d at 569, citing Gunda Corp., L.L.C. v. Yazhari, No. 14-12-00263-CV, 2013 WL 440577 (Tex.App.–Houston [14th Dist.] Feb. 5, 2013, no pet.)(mem.op.)(reversing summary arbitration order and remanding for factual hearing where employer had a purported signed copy of arbitration agreement that employee denied ever seeing or signing). We extended the same principle by analogy to electronic signatures in Kmart, and we continue to stand by that logic. Indeed, while the Texas Uniform Electronic Transactions Act permits the use of electronic signatures and other means to transact business, it does so against the backdrop of Texas common law regarding contracts, and generally speaking brings electronic transactions within the common law contracting framework rather than supplanting that framework. See, e.g., TEX.BUS.&COM.CODE ANN. §§ 322.003(d)(“A transaction subject to this chapter is also subject to other applicable substantive law”); 322.005(e)(“Whether an electronic record or electronic signature has legal consequences is determined by this chapter and other applicable law”); 322.006(1)(TUETA should be interpreted “to facilitate electronic transactions consistent with other applicable law”); 322.009(a)-(b)(electronic record or signature is attributable to a person if it was that person’s “act” which like that of a physical signature is determined from context and surrounding circumstances “and otherwise as provided by law”). Thus, applying the analogy we set down in Kmart, we believe that Tovar’s sworn denials here are sufficient under these circumstances to create a fact issue that the trial court could resolve in her favor after a Tipps hearing, even if this case involves two sets of non-conditional, non-sequential login credentials rather than one.

Finally, the Eighth District Court of Appeals dismissed Alorica’s remaining arguments because they were addressed in Kmart before affirming the trial court’s order denying arbitration.