The Real Difference Between Google And Apple 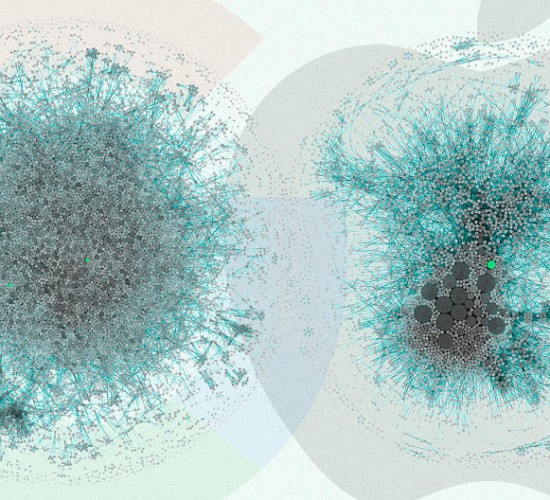 Google and Apple are both hyper-successful companies, but chart their patents, and they have completely different innovation signatures.

It’s a telling statistic about how Apple and Google operate differently. Apple is driven largely by a centralized development structure, stemming from its fabled design studio, whereas Google has a more distributed, open-source approach to new products. And to get a real picture of how this plays out organizationally, the Portland-based data visualization studio Periscopic created a series of visualizations custom for Co.Design, which compares “innovation signatures” charting the last 10 years of patents filed at Apple and Google.

To understand what you’re looking at, know that each blob is a patent inventor, and since many patents have multiple inventors, each line is a link between an inventor and co-inventors.

“Over the past 10 years Apple has produced 10,975 patents with a team of 5,232 inventors, and Google has produced 12,386 with a team of 8,888,” writes Wes Bernegger, data explorer at Periscopic. Those numbers are, frankly, pretty similar in terms of proportion. “The most notable difference we see is the presence of the group of highly connected, experienced ‘super inventors’ at the core of Apple compared to the more evenly dispersed innovation structure in Google,” he continues. “This seems to indicate a top-down, more centrally controlled system in Apple vs. potentially more independence and empowerment in Google.”