10th Circuit Resolves One Arbitrability Circuit Split, But Creates Another

If you are a party that wants courts to rigidly enforce delegation clauses – sending questions about even the validity of the agreement to arbitration – then you will appreciate a new decision from the Tenth Circuit. In Belnap v. Iasis Healthcare, __ F.3d __, 2017 WL 56277 (10th Cir. Jan. 5, 2017), the court refused to do even a spot check of whether defendant’s claims of arbitrability were accurate and enforced the parties’ delegation clause.

Belnap involved a surgeon suing a medical center, its parent company, four doctors on its Medical Executive Committee, and its “risk manager,” for notifying data banks that he had been suspended, but not notifying all relevant organizations when it later vacated his suspension.  The surgeon’s agreement with the medical center had a dispute resolution clause that called for first mediation and then arbitration “administered by JAMS and conducted in accordance with its” rules.  Relying on that agreement, all defendants moved to compel arbitration.  The district court found the medical center could compel arbitration of one of the seven claims, but that the other six were outside the scope of the arbitration clause.  The district court rejected the non-signatories’ attempt to compel arbitration and rejected the argument that the parties had delegated questions of scope to the arbitrator. 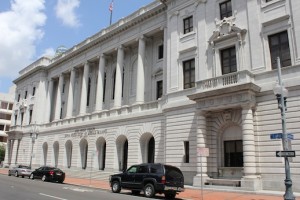