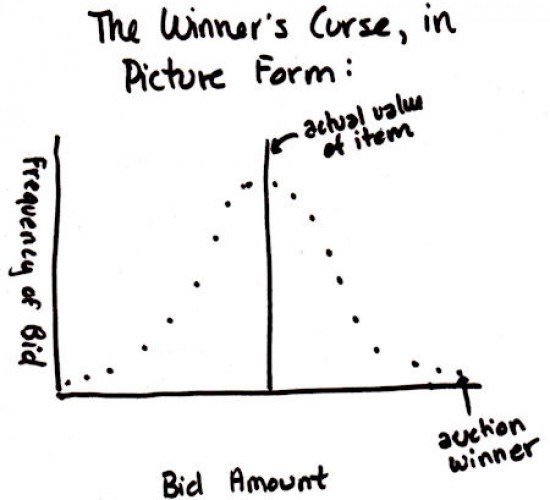 Sony recently won a “bidding war” (link is external) for an Emoji themed movie, after outbidding two other major studios. This could turn into a great film, and stand alongside similar classics based on apparently unpromising themes such as Battleship, Howard the Duck, and Mars Needs Moms. But a bidding war can lead to the Winner’s Curse, the often observed tendency for people to pay more than they should whenever they are competing over price.

Most of us recognise the winner’s curse, but only after the fact. If we have to bid more than somebody else to get something, there is a good chance we will pay more than we wish we had for that something, once the dust has settled.