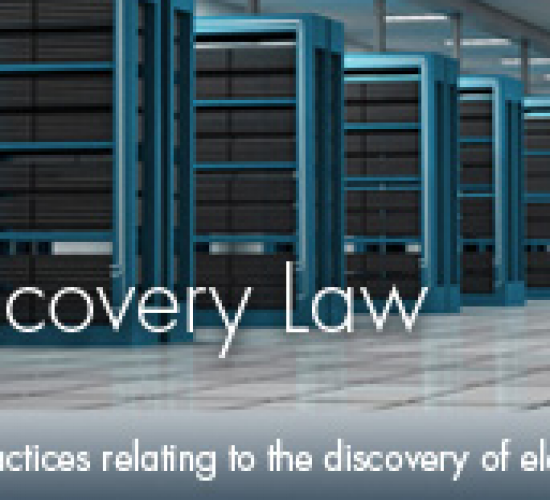 In this patent infringement case, the court addressed the “classic chicken-and-egg” problem of requiring initial disclosures regarding damages where “[t]o provide meaningful calculations, patentees need lots of information from accused infringers. But the expense of producing lots of information can only be justified by a meaningful calculation suggesting that substantial dollars are actually at stake.” The court explained that despite significant discovery in the present case, including the exchange of “reams of data,” “neither side ha[d] any firm sense of whether this [was] a $1 case or a case worth billions.” Moreover, the court explained, “the parties here are not unusual. For years it has been the norm in patent cases to bludgeon first and value second.” In granting Defendant’s motion to compel, the court acknowledged that the information sought was not only important to the defendant, but also to the court, stating: “Proportionality is part and parcel of just about every discovery dispute.”

Taking up the motion, the court first lamented that the Federal Rules of Civil Procedure “offer little relief,” noting, for example, that despite requiring initial disclosures regarding damages under Rule 26(a)(1)(A)(iii), the rule’s Advisory Committee Notes counsel that “a party would not be expected to provide a calculation of damages which, as in many patent infringement actions, depends on information in the possession of another party or person.” “Nor,” observed the court, “[were] the local rules of the district courts much help.”

Concluding, however, that “the answer is not simply to give up and hope for the best[,]” the court reasoned that “there are at least more modest disclosures that are almost always worth adopting in cases like this,” including, for example, allowing less robust initial disclosures with accompanying explanations or requiring the production of certain data from an alleged infringer, despite not having the plaintiff’s damages study.