The Neuroscience of Comedy 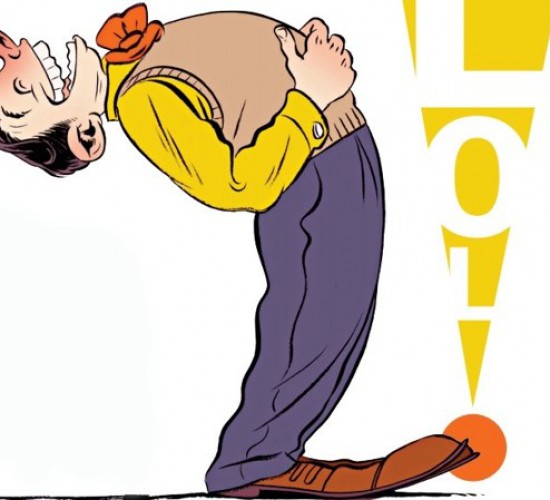 Successful humor often involves distorting our assumptions, and more specifically our “scripts” – these are “hypotheses about the world and how it works based on our previous life experiences.” Richard Restak explains: “It is the brain’s frontal lobes that make sense of the discrepancy between the script and the situation described by the joke or illustrated by the cartoon. This ability is unique to our species… We are the only creatures that possess a highly evolved working memory, which by creating and storing scripts allows us to appreciate sophisticated and subtle forms of humor. Neuroscientists often compare working memory to mental juggling. To appreciate a cartoon or a joke, you have to keep in mind at least two possible scenarios: your initial assumptions, created and stored over a lifetime in the temporal lobes, along with the alternative explanations that are worked out with the aid of the frontal lobes.”

So regardless of whether you’re a fan of slapstick comedy or you prefer highbrow word play, your brain’s ability to detect (“get it”) and appreciate (laugh at) a joke are highly evolved and incredibly intricate.