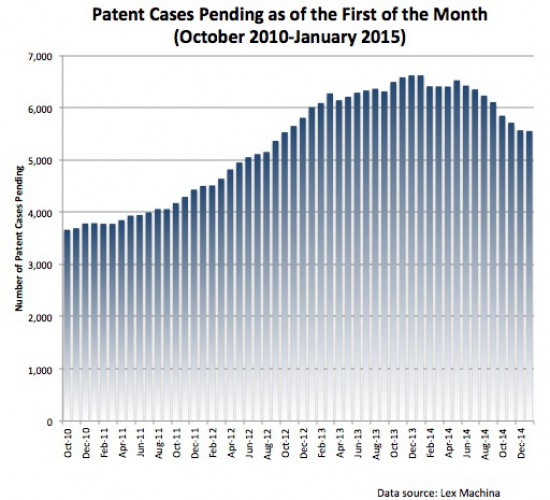 In November, I wrote about a decline in patent suits pending in district court. Using Lex Machina, I recently put together an updated set of data that includes patent cases pending as of December 1 and January 1. The figure below shows a continued drop in cases through November, followed by no real change in December. The lack of movement for December is the result of a modest increase in new case filings and a substantial drop in terminations relative to the previous month. (Keep in mind that the underlying data is highly dynamic: in December, for example, there were about 380 new case filings and about 400 terminations of existing cases.)