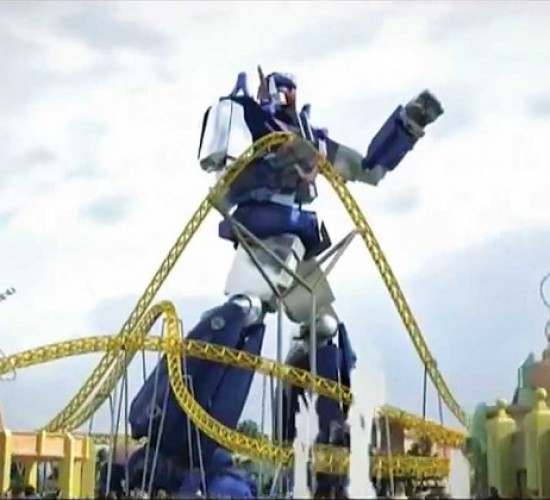 In 1976 an animated film called Robot Taekwon V captured Korean kids’ imaginations with its tale of a superhero robot fending off giant machines bent on world domination. The film’s appeal endures—as does the cultural fascination with automated machines. South Korean President Park Geun Hye’s industrial planners have global ambitions of their own: to blow by Europe, Japan, and the U.S. in the race to hold sway over advanced robotics.

South Korea is embracing robotics with the same intensity that made it a force in high-speed broadband, widescreen televisions, and smartphones. Robot Land, a state-subsidized 758 billion won ($735 million) theme park featuring futuristic rides as well as research and development labs, is set to open in 2016. The government is also investing 1.1 trillion won to support the nation’s robotics industry.

That industry has doubled in size since 2009, with revenue reaching 2.1 trillion won in 2012, according to the Ministry of Trade, Industry and Energy. The government seeks to boost that to 7 trillion won by 2018 with 600 domestic robot companies employing 34,000 workers. South Korea’s expertise in screen technology, semiconductors, sensors, and auto manufacturing gives it an edge, says Lee Jeong Yeob, a senior research engineer at Hyundai Rotem, a defense company that’s part of Hyundai Motor Group (005380:KS). “We have the fundamental technologies, which we should use to commercialize robots.”