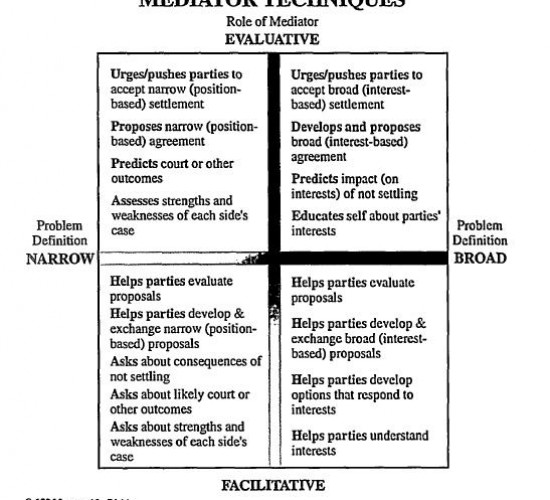 There’s recently been a lot of discussion of who should be on the “Mount Rushmore” of sports which has resulted in lots of interesting discussion.  And recently Paul Caron did something similar for tax professors over on theTaxProf blog.  In that vein, I thought it would be fun to come up with a Mount Rushmore of ADR Profs.  A week and a half ago I sent out an email on the ADR listserv asking for 4 nominations, and I got lots of great responses.  And just to be clear, I will never release the votes outside of this announcement.  So here we go.

The members of the ADR Prof Mount Rushmore (in alphabetical order) are:

Fourteen other well deserving people received votes, with recent CPR award winner Nancy Rogers leading the way as the next top vote recipient.  Thanks to all who participated in the voting.

The different ways federal district courts provide settlement assistance to parties is the focus of a new study by theFederal...