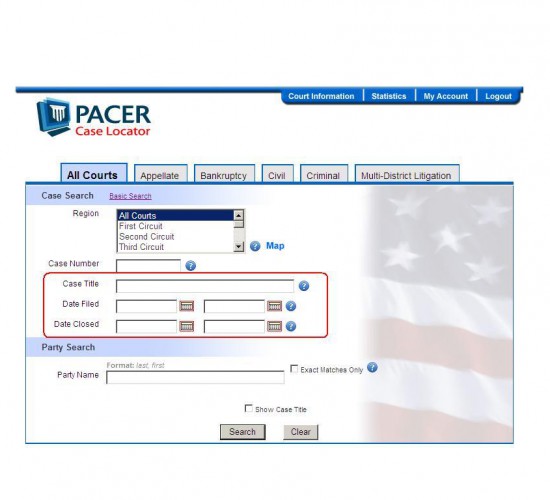 Twenty-five years ago, computers were hurtling America into the Information Age. From 1987 to 1989, the nation’s PC sales tripled, as consumers gained unprecedented power to process words, crunch numbers and print documents at home. The World Wide Web was still being invented, but early adopters were discovering personal email.

In federal courts, the revolution also was getting under way. Documents were still kept on paper, and law firm couriers lined up daily in clerk’s offices, waiting to pore through case files, but all that was about to change.

In September 1988, the Judicial Conference of the United States approved a new way of opening information to the public, through a service known as PACER—Public Access to Court Electronic Records.

PACER, now celebrating its 25th anniversary, and Case Management/Electronic Case Files (CM/ECF), an electronic case management system that began in the late 1990s, have together fundamentally changed how federal courts, and the lawyers, judges and staff who work in them, perform their jobs.

Lawyers speak of reduced stress at a workday’s end, knowing they can electronically file a document until midnight, without fear that the courthouse doors will close on them. In clerks’ offices, work has changed from filing and stamping papers to performing quality control to make sure electronic entries are accurate and up to date. And everyone, from a self-represented litigant to an appellate judge, can track cases and case documents in nearly real time.

“Even skeptics have grown to love it,” said Stephen Funk, an Akron-based lawyer who said his colleagues quickly came to trust the system’s reliability and relative simplicity. In cases with multiple litigants, for example, it is far easier to notify all parties of new case documents by email, rather than through multiple paper mailings.

“Lawyers know that the judge is promptly receiving what is being filed,” said Funk, who practices extensively in the Northern District of Ohio. “Lawyers like the ability to get documents out to everyone simultaneously. The system works more fairly and equitably.”

Online access and case management also altered clerk’s offices, where paper had been king for decades.

When Michael Kunz, clerk of the Eastern District of Pennsylvania, joined the federal courts in 1962, one of his first assignments was to convert a 36-page handwritten docket sheet to a typewritten docket for a case being appealed to the U.S. Supreme Court.

Kunz’s court became one of the early pioneer sites for PACER, and he recalled being asked why the phones in the clerk’s office stopped ringing. People, he said, were getting their information online.

“PACER was one of the most significant progressive steps in the implementation of technologies in the courts,” Kunz said. “It brought information from the clerk’s office to desktop computers located in law offices, government agencies, business entities and the news media. Stakeholders in the justice system overwhelmingly endorsed it as an efficient system.”

Kunz said online access and case management also made clerk’s office jobs more satisfying and helped federal courts manage growing caseloads. In courts with complex multi-district litigation (including the Eastern District of Pennsylvania, which has handled more than 100,000 asbestos cases since 1991), the benefits of online case management have been especially critical.

“Were it not for the introduction of these programs,” Kunz said, “the court staff would have been quickly overwhelmed by the caseload presented to us over these last 25 years.”

Today, PACER and CM/ECF provide online access to hundreds of millions of documents. Well over a million users have accessed the two systems. But at first, PACER was available at only a few pilot courts, and it provided only basic information.

Even that was a major improvement, recalled Chuck Vagner, retired clerk of the Western District of Texas district and bankruptcy courts. Previously, the federal courts’ only electronic case management systems were purely for internal purposes.

Vagner, who later helped found the PACER Service Center in San Antonio, oversaw one of the earliest PACER pilot sites at his court. “We sent a report and the Administrative Office [of the U.S. Courts] liked what we were doing,” Vagner said. “They gave permission for six more bankruptcy courts to use PACER. They liked it there, and then we got the go-ahead to implement PACER at all bankruptcy courts.”

“It’s been good for clerk’s offices, saving staff time,” Vagner said. “A lot of attorneys with cases in different districts can just get that info. Knowing that it’s helped the Judiciary as much as it has, that’s the most gratifying thing for me.”

PACER’s full potential became clear in the late 1990s, with the first testing of Case Management/Electronic Case Files. Where PACER allowed the public a chance to see court business, CM/ECF enabled the legal community to file and update court records electronically, without coming to the courthouse. As CM/ECF came online, the lines of law firm couriers vanished at federal clerks’ offices.

For lawyers, PACER and CM/ECF visibly changed how courts function.

Dennis Rose, a commercial litigator from Cleveland who has practiced in federal courts throughout the country, helped draft local court rules when the Northern District of Ohio became “one of the first guinea pigs” to use electronic filing in 1997. He said the initial guidelines for electronic filing were forgiving, to assuage lawyers’ concerns that a judge might reprimand them if an electronic submission got lost and a filing was delayed.

Best of all was the expanded transparency on court affairs, Rose said. While the vast majority of court records always have been public, they were available only at a federal courthouse, and hard for many to access. “Online access makes the public record truly public, which I think is of great value.”

The scale of both PACER and CM/ECF changed dramatically in the early 2000s, as more courts adopted online filing. In 2002, 11 of the nation’s 94 U.S. District Courts and 40 of the 90 Bankruptcy Courts used electronic filing. By 2007, CM/ECF and PACER were nearly universal.

PACER use expanded accordingly, as the quantity of downloadable information grew. More recently, a growing number of court opinions also are available through the Government Printing Office’s FDSys website.

“Twenty-five years ago, the vast majority of cases were practically obscure. Today, every Third Branch court is using CM/ECF and PACER,” said Michel Ishakian, chief of staff for the AO’s Department of Program Services, who oversaw PACER from 2008 to 2013. “That means that all dockets, opinions, and case file documents can be accessed world-wide in real time, unless they are sealed or otherwise restricted for legal purposes. This level of transparency and access to a legal system is unprecedented and unparalleled.”

User surveys in 2009 and 2012 showed strong and growing user satisfaction with PACER and CM/ECF, but efforts continue to build on the first quarter-century’s success.

“We are in the process of modernizing the CM/ECF system and PACER service, to make it more user-friendly,” Ishakian said. “The biggest challenge—and opportunity—lies in the area of preservation of the electronic dockets and opinions for posterity. Electrons don’t age as gracefully as paper. We will need to work closely with the National Archives and the Government Printing Office to ensure that future generations can access this valuable information.”