A Farewell to Cushy BigLaw: Mayer Brown a Case Study in Coping and Hard-Charged Competition 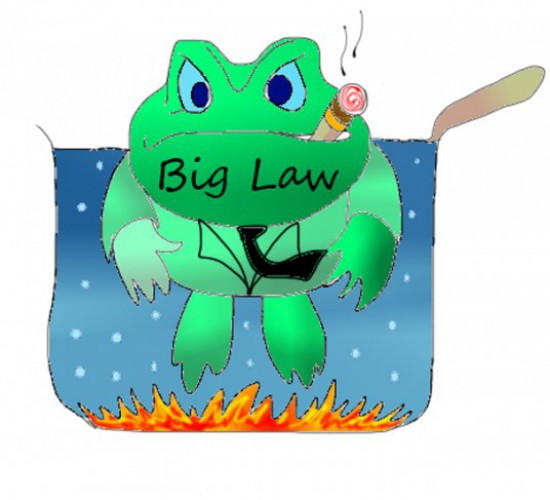 Most BigLaw firms will eventually collapse or reinvent themselves, leaving only 20 to 25 law firms catering to clients who are willing to spend without regard to budgetary concerns, according to one “common hypothesis.”

The New Republic airs the hypothesis in a lengthy story about “the escalating plight” of large law firms and how economic changes affected one firm in particular, Chicago’s Mayer Brown.

The story says there are currently between 150 and 250 law firms in the BigLaw club. “The overwhelming majority of these still operate according to a business model that assumes, at least implicitly, that clients will insist upon the best legal talent instead of the best bargain for legal talent,” the story says. “That assumption has become rickety. Within the next decade or so, according to one common hypothesis, there will be at most 20 to 25 firms that can operate this way—the firms whose clients have so many billions of dollars riding on their legal work that they can truly spend without limit. The other 200 firms will have to reinvent themselves or disappear.

“So far, the transition has not been smooth. In fact, the more you talk to partners and associates at major law firms these days, the more it feels like some grand psychological experiment involving rats in a cage with too few crumbs.”

The story describes earlier days at Mayer Brown. Partners and associates shared pastries in the morning and dined at Binyon’s in the evening, with the law firm picking up the tab. Associates who worked hard and did high-quality work ascended to partner in seven years. But “Mother Mayer,” as the firm was called, began to change after firms began to focus on profits per partner as the figures were revealed by the American Lawyer.

The firm saw disappointing profits after its acquisition of London firm Rowe and Maw, the story says. A debate began over unprofitable partners, and the firm de-equitized 45 partners in 2007. In 2008, the firm laid off 33 associates. Another round of layoffs followed in 2009.

Readers of this blog are already familiar with the incubator projects started by numerous law schools that provide low cost...

In the ELM world, legal analytics can provide law firms, corporate law, and claims litigation departments with the data...

We are excited to announce our first annual Patent Litigation Year in Review, containing unique insights about districts,...