On the Trail of Cancer 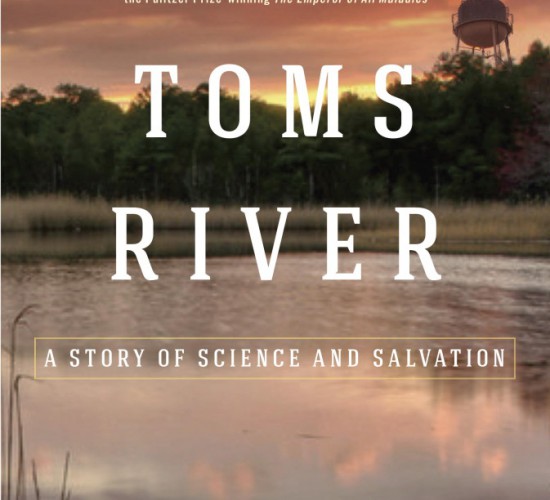 IT’S HIGH TIME a book did for epidemiology what Jon Krakauer’s best-selling “Into Thin Air” did for mountain climbing: transform a long sequence of painfully plodding steps and missteps into a narrative of such irresistible momentum that the reader not only understands what propels enthusiasts forward, but begins to strain forward as well, racing through the pages to get to the heady views at the end.

And such is the power of Dan Fagin’s “Toms River,” surely a new classic of science reporting. Even when the trek to the summit fails to provide the expected Hollywood vistas of sunshine and blue sky, the exhilaration and sense of accomplishment are undiminished. This is, after all, no fairy tale, but a sober story of probability and compromise, laid out with the care and precision that characterizes both good science and great journalism in a territory where both are often reduced to their worst.

The question at the heart of the story is straightforward enough. Toward the end of the 20th century, the residents of Toms River, N.J., a community about 50 miles from Philadelphia and near the Jersey Shore, could count an assortment of longstanding industrial intrusions on their horizons. Foremost among them was a large chemical plant on the outskirts of town, with a long, leaky pipeline channeling wastewater into the ocean and a smokestack periodically belching colored smoke into the prevailing breeze.

An old dumping ground for another chemical corporation’s solid waste lay a little to the north, and porous New Jersey sand underlay it all, a negligible barrier between the chemicals and the community’s drinking water. When Toms River children appeared to be developing cancer at unusually high rates, was it no one’s fault, someone’s fault or everyone’s fault?

It was a simple enough question to ask, but years of investigation costing millions of dollars provided only partial and largely unsatisfactory answers.

Mr. Fagin, an experienced environmental reporter who now teaches journalism at New York University, could have braided together three or four standard narrative strands into a perfectly serviceable book, starting with factory air so polluted it dissolved the nylon stockings off women’s legs and ending with dying children, anguished parents, industrial cover-ups.

Instead, he chose to weave entire tapestries of gorgeous subplot, among them a short history of the European dye industry, a longer exploration of industrial waste management, a detailed review of the molecular basis of cancer, and a careful history of occupational health, whose parent, the slightly deranged 16th-century iconoclast Paracelsus, presciently pointed out that any substance could be a poison in the right dose.

A Dickensian cast of hundreds crowds these pages: crotchety chemists and biologists, two hapless Holocaust survivors saddled with a failing egg farm, a clueless trucker trying to make a quick profit from recycling industrial drums, and an older woman suddenly hosting dozens of Greenpeace activists in her beach house. Two corrupt town dump workers appear and vanish from the story in the blink of an eye, yet may actually have been primary culprits in the whole mess. And that is before the parents, the children, the chemists, the statisticians, the politicians and all the lawyers enter the picture.

So whose fault was it? One suspicious molecule, a few contaminated city wells and some errant puffs of polluted smoke get some blame. By this point, though, the reader thoroughly understands — more thoroughly, perhaps, than many of the main actors in the drama — that cause and effect, blame and reparation are ancient concepts whose hard edges are, strangely, almost impossible to delineate with our sophisticated yet remarkably imprecise scientific tools.

Jonathan Harr’s award-winning book, “A Civil Action” covered similar ground in its review of a cluster of childhood leukemia cases traced to chemical pollution in Woburn, Mass. Fans of Mr. Harr’s book will be delighted to renew acquaintance here with Jan Schlichtmann, the lawyer in the Woburn case who became as obsessed by it as a mastiff by a bone.

Indeed, in some sense Mr. Fagin has written a postapocalyptic sequel to the Harr book. Certainly Mr. Schlichtmann, one of the lawyers retained by affected Toms River families, is transformed, now valuing “mediation over combat, reconciliation over victory.”

Similarly, the scientific clarities of the Woburn cancer cluster are hard to find in Toms River. All is more diffuse, a little gauzy; luck and happenstance figure large. Suppose a pediatric cancer nurse in Philadelphia had not had a sister-in-law working at the Environmental Protection Agency; suppose a concerned Toms River doctor had not known an editor at New Jersey’s top daily paper. What would have happened then?

At the end, with legal claims settled and payments parceled out, the predominant emotion is exhaustion. All but a few die-hard activists are ready to move on, and scientists and politicians tacitly acknowledge that the tools of small-number cancer epidemiology may be just too feeble to justify the time and money they demand.

“The chief legacy of Toms River,” Mr. Fagin concludes, “has been to solidify governmental opposition to conducting any more Toms River-style investigations.”

But he is too good a storyteller to leave things there. Instead, his story ends in China, where so much of the industry that has left New Jersey now resides. Many familiar molecules now threaten Chinese air and water, and Chinese activists have identified “cancer villages” where all the same old questions are surfacing, as the story spirals back to its beginning and new mountaineers begin the climb.