Does ADR Really Have A Place on the Lawyer’s Philosophical Map? 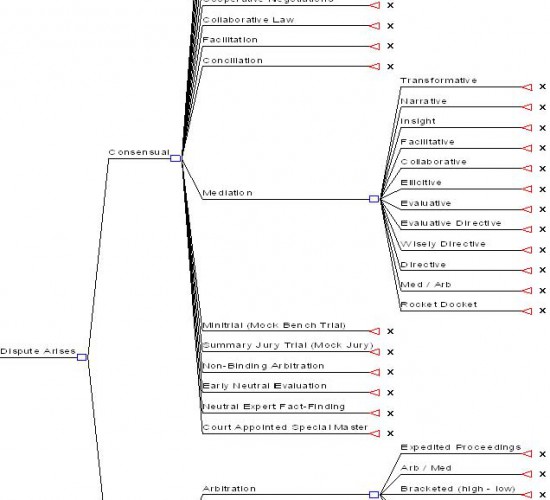 For nearly two decades, proponents of alternative dispute resolution (ADR) have touted the advantages of institutionalizing ADR within the courts. The anticipated benefits have included: quicker settlements, better settlements, resolution which is less expensive for the courts and litigants, and greater litigant satisfaction with both the procedure and the outcome. Many state and federal courts have listened. Indeed, in nearly every state, at least one local state and/or federal court has incorporated ADR in some manner. In Minnesota, with the promulgation of Rule 114 of the Minnesota General Rules of Practice, the Minnesota Supreme Court has chosen to institutionalize ADR in district courts throughout the state.

Is ADR delivering all of its intended benefits in these court-annexed programs? It appears that ADR processes, especially mediation, do consistently result in increased litigant satisfaction. Recent studies, however, do not always appear to support the claims that ADR produces substantially quicker settlements or reduced expenses for litigants or the courts.

What is happening? One commentator focused upon the perceptions and behavior of attorneys and their clients, noting: “If the parties want to reduce litigation expenses, they will have to shoulder the main burden themselves. They can’t look to judges to do it for them [because] judicial case management procedures explain only about five percent of the variation in litigation costs.” The Administrative Office of the United States Courts also has observed, “[AIttorney perceptions, rather than case management procedures, drive most litigation costs….” Because the effectiveness of ADR is so dependent upon attorneys’ perceptions and use of ADR, it should be useful to examine the current status of those perceptions in a state district court which has substantial experience with ADR in non-family civil cases. Hennepin County District Court, which primarily serves Minneapolis, Minnesota and its suburbs, is such a court Hennepin County District Court has had a non-binding arbitration program since 1984, as well as a mediation program since 1988. In 1993, the Minnesota Supreme Court promulgated Rule 114 of the General Rules of Civil Practice. This rule requires attorneys throughout Minnesota to become more familiar with ADR and more proactive in considering and using ADR. This rule also further expanded the use of ADR in Hennepin County.