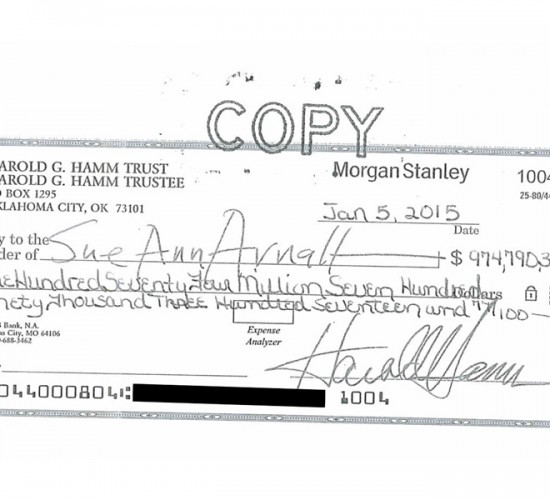 What would you do if you were offered a $974 million divorce settlement check?

The ex-wife of Oklahoma oilman Harold Hamm said “No, thanks” on Tuesday, as she pursues an appeal in the hope she’ll be granted a larger share of the couple’s assets accrued during their 25-year marriage.

According to Reuters, Hamm, the chief exec of oil driller Continental Resources, offered the hand-written check to equal the full cash value of what he owes based on a judge’s November divorce order – and thus stop running up interest that already has exceeded $93,000 since then, while the former Mrs. Hamm, Sue Ann Arnall, appeals the decision.