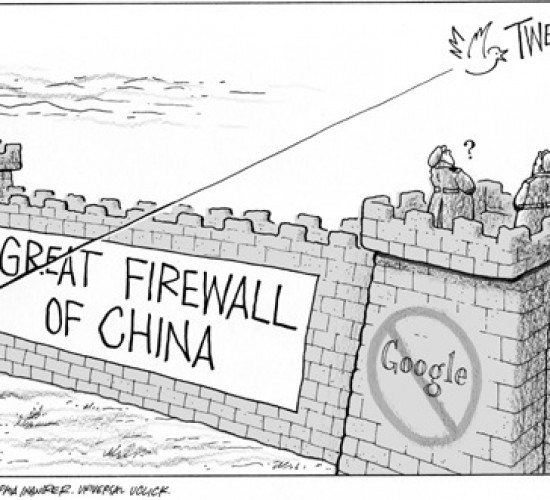 “Data from Google shows traffic to Gmail dropping to zero from Chinese servers” which is part of China’s strategy “to block Google, wherever it is, in hopes of causing users enough frustration that they migrate to services like Baidu, a Chinese company that has a popular search engine here, that adhere to party rules” as reported in the New York Times.  Apparently Gmail was blocked beginning on Friday December 26, 2014 “and has ignited anger and frustration among many Internet users in China.”

Nonetheless the New York Times reported this statement from Hua Chunying (a Chinese Foreign Ministry spokeswoman) who disclaimed knowledge of about the blocking:

China has consistently had a welcoming and supportive attitude towards foreign investors doing legitimate business here,…We will, as always, provide an open, transparent and good environment for foreign companies in China.

Obviously freedom on the Internet does not operate in China as it does in most of the world.