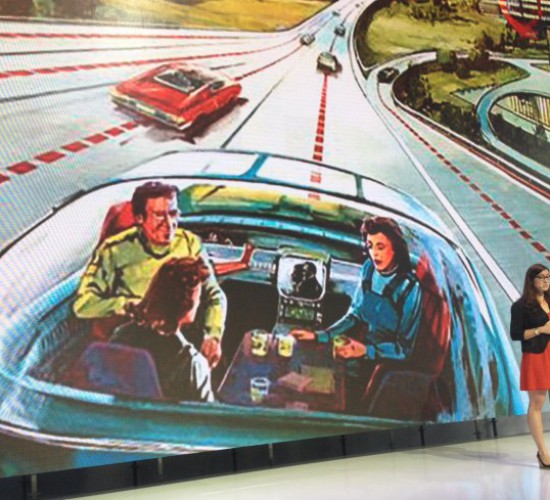 Google has been working hard on its self-driving car, and based on the comments of the Google X designers here at the company’s FORM design conference, that once fantastical notion is well on its way to becoming a real product that people will use and even trust.

No huge surprise there, but the Google car, in its current form, is designed in such a way that the user experience is heavily reliant on a mobile app. Instead of the old paradigm — using a key — people will unlock and start Google’s cars via the app.

The app is also the main mechanism for keeping the user informed about what’s going on in the car’s brain, as well as what the car’s many sensors are seeing outside.

“The prototype is almost entirely controlled by a phone app,” Google X industrial designer Jenny Arden told a crowd of about 200 today. “There aren’t that many systems that entirely rely on a phone app so completely.” She compared it to the app that lets you check in for a flight at the airport, but added that if a flight check-in app doesn’t work, you can still go talk to the person at the ticketing desk to get a boarding pass.