By Debra Cassens Weiss, ABA Journal, December 8, 2013
This post has been viewed 939 times. 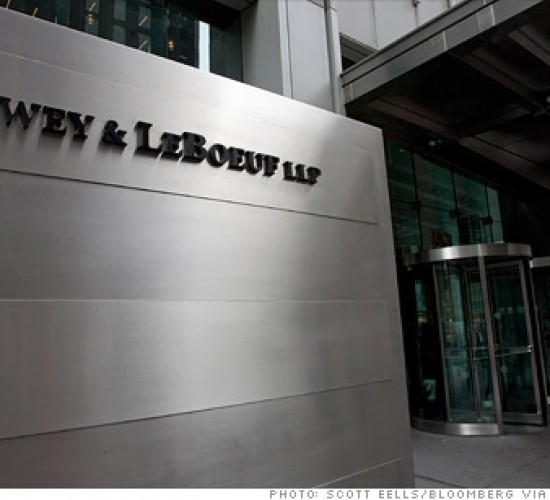 The bankruptcy trustee for Dewey & LeBoeuf is seeking the return of $21.8 million in “astronomically generous” pay from two former leaders of the failed firm.

Each earned more than $10 million from 2008 to 2012, according to details of the suit published by the Wall Street Journal. The suit claims compensation for the two men was “an astronomically generous arrangement for law firm administrators, and far in excess of the reasonably equivalent value of the services contracted for or provided.”

When a law firm dies, the post-mortem can drag on for years, as bankruptcy trustees and creditors try to extract what value...