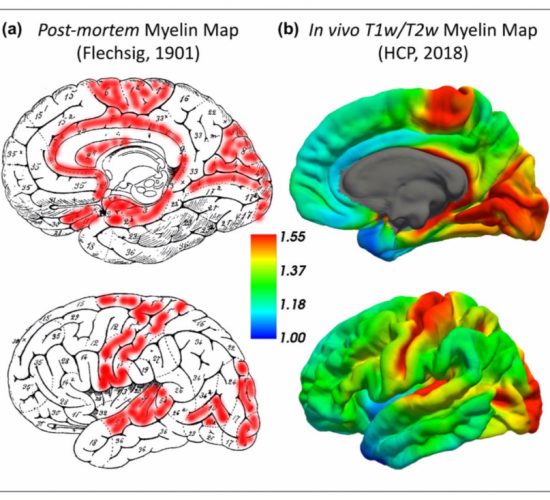 Researchers are getting closer to understanding the neurological basis of personality. For a new paper in the Journal of Personality, Nicola Toschi and Luca Passamonti took advantage of a recent technological breakthrough that makes it possible to use scans to estimate levels of myelination in different brain areas (until fairly recently this could only be done at postmortem).

Myelin is a fatty substance that insulates nerve fibres and speeds up information processing in the brain – it tends to be thicker in parts of the cortex involved in movement and perception, while it is lighter in brain regions that evolved later and that are involved in more abstract thought and decision making.