Forget the “Carrot and Stick” Approach! 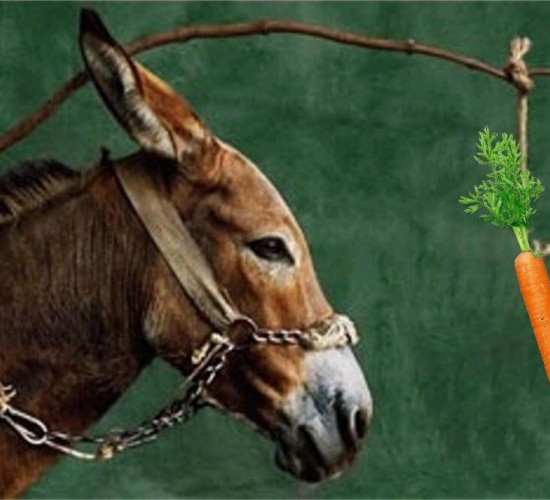 Further, newer research shows that this “carrot and stick” approach may backfire when participants are offered rewards “…for doing things that aren’t especially interesting, particularly if you watch to see what happens after the rewards stop coming.” (Id.)  The participants still put off doing the unappealing task despite being offered a reward for finishing early. Procrastination still occurred. (Id.)

And, this approach did not improve school attendance. Again, pupils were offered rewards for exemplary attendance.  While the pupils attended during the period in which the reward was at stake (i.e., the fall semester), they immediately returned to their old habits of not showing up for school in the spring semester. The “Carrot and Stick” approach either had no after effect or led to poorer attendance. (Id.)

Mr. Kohn opines that the reason for the failure of the Carrot and Stick approach to work is that people are not like pets; they do not sit, stay or roll over on command. Rather, each of us have minds of our own and will not follow an order just because it is given. (Id.)

So, while this approach may work temporarily, it will not have lasting effect and, may make things worse. (Id.) The better approach is to work with people to motivate them which will take time, effort and a lot of thought. (Id.)