Rethinking the Law of Legal Negotiation: Confidentiality Under Federal Rule of Evidence 408 and Related State Laws 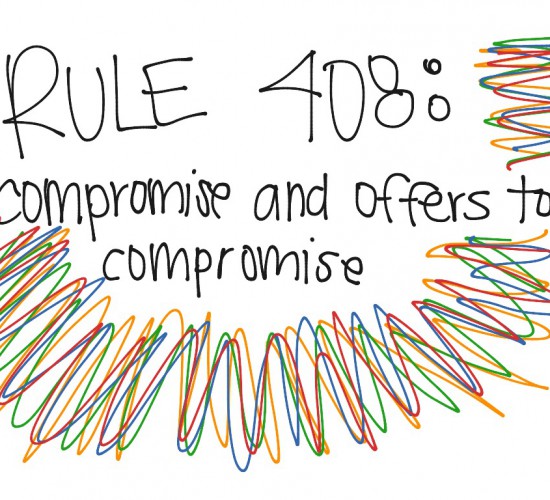 Federal Rule of Evidence 408 and related state laws are among the most important rules to implement the national policy favoring the settlement of legal disputes. These rules bar the introduction of statements made during negotiations leading to the resolution of legal disputes. However, comprehensive analysis of the rule’s text, doctrinal history, and modern context demonstrates that the rule no longer meets its noble goals. Rather, the rule has evolved textually from a remarkably narrow and complex categorical presumption of inadmissibility with limited exceptions to a simpler rule that gives courts considerable deference to admit such evidence when they deem it appropriate. Doctrinally, both federal and state courts have interpreted its limitations narrowly and its exceptions broadly as they have sought to do justice in particular cases. These statutory and doctrinal problems are exacerbated by the changing nature of legal negotiations. When Rule 408 was enacted in 1975, the dominant model of legal negotiation was positional and adversarial bargaining, in which lawyers guarded information closely, and settlement largely focused on the economic value of the dispute. Today, however, the emerging norm of legal negotiation is more interest-based problem-solving, in which lawyers are encouraged to disclose their clients’ needs, concerns, preferences, and other sensitive information. Though helpful in problem-solving, this information might also be detrimental to the client in subsequent proceedings if the negotiation fails. The result is a perfect storm that threatens to undermine the efficacy and legitimacy of modern legal negotiation as more lawyers become aware of the limitations of Rule 408 and more courts expand upon the permissive doctrinal foundation now in place. Such a result not only defies Congress’s clear and unambiguous intent to promote settlement when it enacted Rule 408, but it is also unacceptable given the American legal system’s need for the private settlement of cases as a matter of institutional efficiency, as well as the capacity of settlement to produce better outcomes for the parties. This situation needs to be fixed, and this Article details both the contours of the problem and proposes that it may be remedied by elevating Rule 408 from its current status as a “quasi-privilege” to a full and formal privilege at the federal level and then passing conforming legislation in the states.