By Joel Cutcher-Gershenfeld, Negotiation Journal, November 2, 2017
This post has been viewed 1,727 times.

We dedicate this issue of the Negotiation Journal to the accomplishments, wisdom, sprit, and memory of Howard Raiffa. It has been curated by guest editors James Sebenius and Max Bazerman, who have assembled an exceptional collection of reflections, commentaries, and testimonials – instructive as well as appreciative.

Howard Raiffa was among the founding architects of decision science, game theory, and negotiation analysis as fields, as well as one of the founders of the Program on Negotiation at Harvard Law School, the Harvard Kennedy School of Government, and other important organizations. He was also, for every contributor to this issue, a teacher, a mentor, or a colleague, and for many of them he was all of the above. To all the contributors, he was a beloved friend.

Howard always taught us to take a complex situation and see how far it could be reasonably simplified – and then to not simplify any further. The vast array of ideas covered in this testimonial issue is complex, but they can be simplified in a key way. They all have Howard as the common underlying source. (Actually, to be precise – and Howard would not allow anything less – some also have Howard’s wife, Estelle, as an underlying source as well.)

Howard began as a game theorist. His book Games and Decisions (1957), coauthored with Duncan Luce, was a foundational text for connecting the new idea of decision science with the emerging domain of game theory. In the article that opens this issue, Sebenius, one of Howard’s students and closest colleagues, takes a journey into Howard’s foundational work with statistical decision theory, decision analysis, and negotiation analysis. 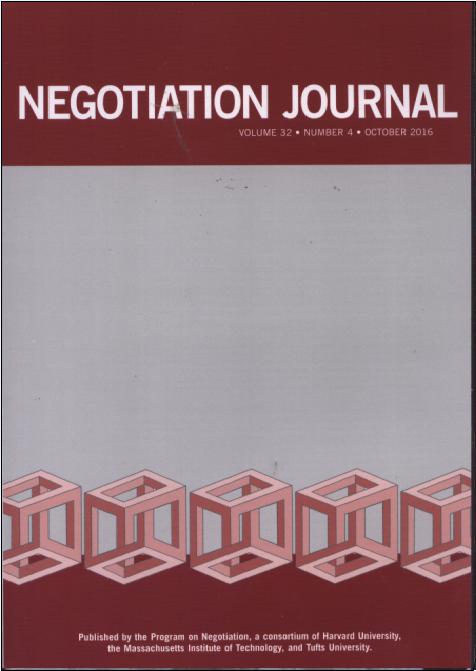