The Psychology and Neurobiology of Mediation 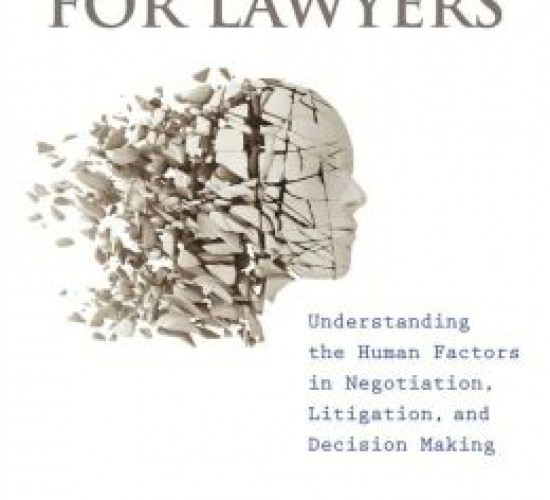 This article discusses the neurobiology of what is perhaps the most common problem in mediation: people take the conflict personally and the outcome of the mediation as a reflection of who they are. Learning to let go of this identification of the self with outcome — with “face” or “ego” issues — has psychological and spiritual dimensions.

To define the problem first in psychological terms: the process through which parties, counsel, and even the mediator, learn to let go of their ego-based investments in the outcome of the mediation often takes a common form. This is the IDR cycle, a cycle of inflation, deflation and realistic resolution identified in Bader’s previous writings. The IDR cycle can be described as follows.

As the mediation process unfolds, and the other side’s position comes to light, there is deflation and disappointment. Anger and outrage at the perceived personal affront also often occur. Impasse may occur at this stage.

Finally, if the mediation is successful, there is realistic resolution. The parties adopt a more realistic view both of the conflict and of themselves, and settle the dispute. In spiritual terms, this stage, realistic resolution, denotes both the conclusion of the IDR cycle and the appearance of a form of successful and necessary humility in the midst of conflict.

Initially, the sympathetic nervous system, the branch of the nervous system that produces the fight-or-flight response, is aroused as parties prepare to confront and actually confront and negotiate with their adversaries. Bader argues this is what causes inflation/overconfidence: it is the psychological correlate of the impulse to fight/flight.

Deflation occurs when, through contact with the mediator and the mediation, the sympathetic nervous system is soothed and calmed by what neurobiologist Stephen Porges has called the “social engagement system.” The social engagement system is the part of the parasympathetic nervous system, which, rooted in the vagus nerve, fosters and monitors social interaction.

Realistic resolution occurs as parties’ fighting and self-protective impulses are managed and controlled through social engagement and interaction with the mediator. At this point, higher brain functions are able to engage and exert control. Parties become more able to think clearly, and thus to reach the final stage, realistic resolution.

The analysis in this article is based on the work of Stephen Porges and Peter Levine, leaders in the field of neurobiology of trauma. Recent findings in cognitive neuroscience are also discussed.

Other topics covered in the article include: how mediation can trigger parties’ underlying traumas; how to recognize from parties’ body language what they are experiencing during mediation; neurobiological issues presented by face-to-face communication between parties during the opening session, and throughout the mediation; gender in mediation and neurobiological differences in reactions to conflict between men and women; the neuroscience of the relationship between impasse and insight.

In addition to its importance for mediators, counsel and parties, this article is also important for the field of neurobiology. It presents a model of the interaction between autonomic nervous system and higher level brain/cortical functioning within a real life situation. It thus blends neurobiology and cognitive neuroscience. Additionally, the analysis of the neurophysiology of overconfidence/inflation, the subject of much debate, also applies potentially outside of mediation.

Finally, there are spiritual implications, as the IDR cycle demonstrates how people learn to “let go” in difficult situations, and how they arrive at humility.