Don’t Let the Hardball Get the Best of You!

The other day, I came upon a blog post from the Program on Negotiation (PON) at Harvard Law School that is worth discussing. It is entitled “10 Hard Bargaining Negotiation Tactics” by Keith Lutz (January 10, 2017). I have seen one or more of these tactics often in mediation and despite my best efforts to help a party understand what is happening, I am not always “heard” or “listened” to.

The first tactic is one with which everyone is familiar: “extreme demands followed by small, slow concessions.” (Id.)  When an extreme demand is made, do not react with a similar extreme response. Do not let it set the tone for or “anchor”  the ensuing negotiations.  Rather, stick to your own strategy and ignore the aggression of the other party.

The next tactic, entitled “commitment tactics” occurs when the other party claims that she has limited authority or simply can do nothing more. Rather than accepting this on blind faith, test the waters by making further demands to determine if, indeed, that party is truly at the end of negotiating or can make one more phone call. 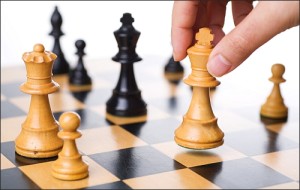