So said Scott Mozarsky today of Bloomberg BNA’s Legal Division, shortly after it was learned that he would become the division’s president, replacing David Perla, who had been president since July 2014.

In a telephone conversation with Mozarsky this afternoon, I asked him what his becoming president would mean for the legal division and for its legal research platform Bloomberg Law. 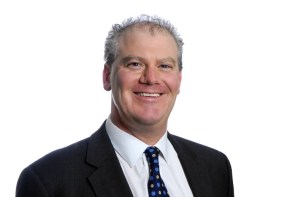 “In the short term, not that much,” Mozarsky said. “Our team has done a tremendous job of implementing a strategy and making progress in the market. There’s been a tremendous amount of talent brought into the company and a lot of innovation.”

Mozarsky’s immediate plan is to spend a lot of time with customers, learning more about what matters to them. “One of the first lessons I learned in business is that my opinion and those of my colleagues are utterly irrelevant. What matters is the priorities of our customers.”

He also wants to spend time getting to know his team better and helping them address any obstacles they see to building out products and services. “Talent is important to me. I will be spending more time with the team and learning how best to tap into them.”