ALM Shuts Down Smart Litigator, Its Web Resource for Litigators 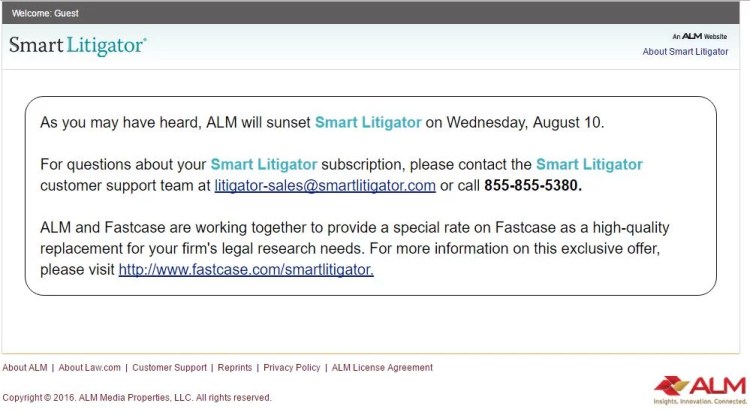 Among my dubious claims to fame was having had my over-sized visage plastered on a full-page ad that ran in the New York Law Journal in 2011. The ad was for Smart Litigator, a product launched in 2010 by ALM as a multi-faceted resource for litigators. The reason I was in the ad was that I had just reviewed Smart Litigator and the ad quoted from my review.

Now, ALM has shut down the Smart Litigator site, effective Aug. 10. When I asked ALM about the shut-down, I received this statement from Josh Orenstein, general manager of Smart Litigator:

While SmartLitigator has always been well-received in the market by our clients, ALM has recently made the decision to refocus our priorities on our core businesses – media, intelligence, and events. Consequently, we have made the decision to cease operations of the SmartLitigator product. All Smart Litigator clients have been informed that access to the product will be terminated on Wednesday, August 10.