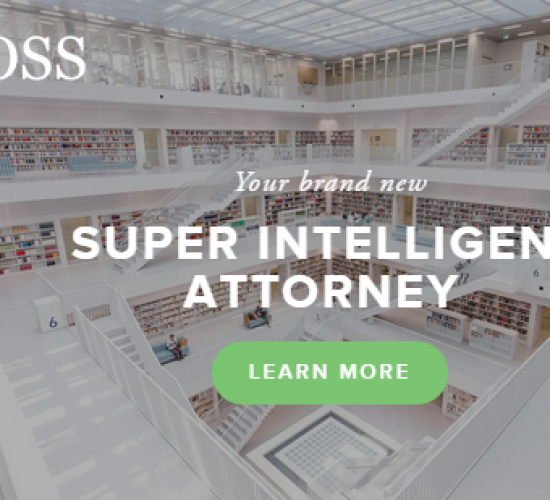 One of the country’s biggest law firms has become the first to publicly announce that it has “hired” a robot lawyer to assist with bankruptcy cases. The robot, called ROSS, has been marketed as “the world’s first artificially intelligent attorney.”

ROSS has joined the ranks of law firm BakerHostetler, which employs about 50 human lawyers just in its bankruptcy practice. The AI machine, powered by IBM’s Watson technology, will serve as a legal researcher for the firm. It will be responsible for sifting through thousands of legal documents to bolster the firm’s cases. These legal researcher jobs are typically filled by fresh-out-of-school lawyers early on in their careers.

“ROSS surfaces relevant passages of law and then allows lawyers to interact with them. Lawyers can either enforce ROSS’s hypothesis or get it to question its hypothesis,” Andrew Arruda, chief executive of ROSS Intelligence, explained to The Washington Post. “Until now, lawyers have been using static pieces of software to navigate the law, which are limited and put hours of information retrieval tasks on a lawyer’s plate.” The software allows the legal team to upvote and downvote excerpts based on the robot’s interpretation of the question. ROSS uses machine learning technology to fine tune its research methods. The legal robot is accessed via computer and billed as a subscription service.