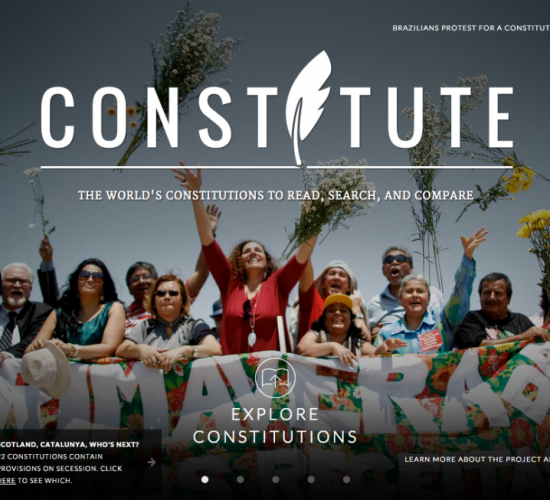 Constitutional reform happens more often than you might think. On average, countries around the world replace their constitutions every 19 years and amend them every two years. It’s not an easy task, even if it’s common. Constitutions are often the result of deliberation, discussion and discovery—discovery that often comes from writing together.

But collaborative writing can be challenging. It’s hard to write something with other people and still make it cohesive, harmonic and readable. These pitfalls are particularly salient for constitutions—documents that are supposed to represent the aspirations and principles of a people.

That’s where Constitute comes in. A project of the Comparative Constitutions Project and seeded by Google Ideas, Constitute allows anyone to read, search and compare every constitution in the world, indexed by topic. Constitute is built for people to analyze text, but they can move from analysis to drafting by exporting constitutional excerpts directly to Google Docs—a shared space to create and debate a new “founding” document.