Merkel and Putin: A Study in Negotiation Style 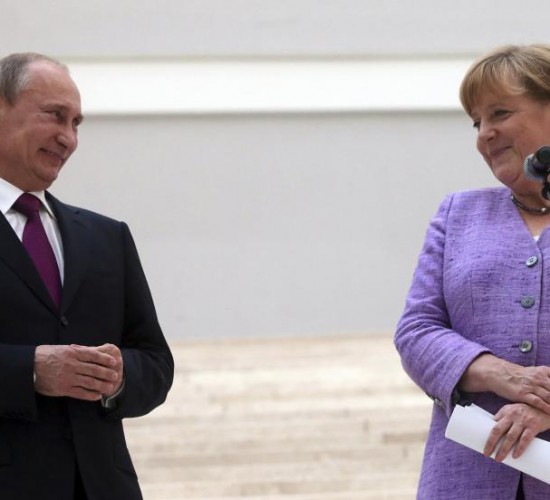 In his recent profile of Merkel in the New Yorker, journalist George Packer outlined the complex relationship that she and Putin have forged. Merkel, who grew up in East Germany and spent her young adulthood there, shares a common geography with Putin, a former KGB major who guarded the KGB bureau in Dresden, Germany, when the Berlin Wall fell in 1989. Merkel and Putin switch between German and Russian during their meetings and regular phone calls.

Merkel, a former scientist who prides herself on her rationality, is known for her ability to methodically analyze situations: “drawing comparisons, running scenarios, weighing risks, anticipating reactions, and then, even after making a decision, letting it sit for a while before acting,” writes Packer.

This ability to think before acting served her well with Putin. During 2007 negotiations between the leaders over energy supplies at Putin’s residence in Sochi, Russia, the Russian president allowed his dog to approach Merkel, who has been frightened of dogs since being bitten by one. As Merkel froze in terror, and reporters watched in horror, Putin stood by, bemused, refusing to call off the animal.

Merkel turned the moment into an opportunity to gain deeper insight into Putin’s character—while also calling him at his own game. “I understand why he has to do this—to prove he’s a man,” she told reporters afterwards. “He’s afraid of his own weakness. Russia has nothing, no successful politics or economy. All they have is this.”