Two by Jason Solomon on Juries 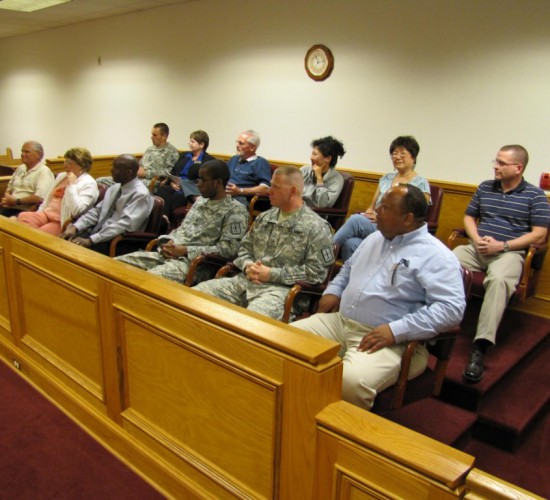 Jason Solomon has posted two pieces to SSRN. First is a symposium introduction to The Civil Jury as Political Institution. The abstract provides:

To explore these questions in contemporary society, the Bill of Rights Institute and Law Review at William & Mary Law School hosted a symposium on The Civil Jury as a Political Institution. For two days in February 2013, scholars from an array of disciplines gathered to consider the extent to which the civil jury played a meaningful role as a political institution historically, whether it still serves that purpose today and, if so, what measures can or should be taken to ensure its continuing significance.

This short essay is the introduction to the symposium issue of the William & Mary Law Review on this topic. The essay provides a brief summary and exploration of some of the themes that arose in the papers and during the discussion.

At the root of many contemporary debates and landmark cases in the civil justice system are underlying questions about the role of the civil jury. In prior work, I examined the justifications for the civil jury as a political institution, and found them wanting in our contemporary legal system.

This Article looks closely and critically at the justification for the civil jury as an adjudicative institution and questions the conventional wisdom behind it. The focus is on tort law because the jury has more power to decide questions of law in tort than any other area of law. The Article makes three original contributions.

First, I undermine the claim that the breach question in negligence is inevitably one for the jury by revisiting a famous debate between Cardozo and Holmes about the possibility of judge-made rules around breach in tort. Second, I draw on social and cognitive psychology to question the conventional wisdom that juries applying general standards are ideally suited to identify and apply social norms. And third, I sketch a middle-ground approach on breach, which involves presumptive rules that defer to indicia of social norms such as statutes and regulations, custom, and the market.

In making the argument, this Article begins to point the way towards a tort system that recognizes the value of recourse but better serves rule-of-law values.